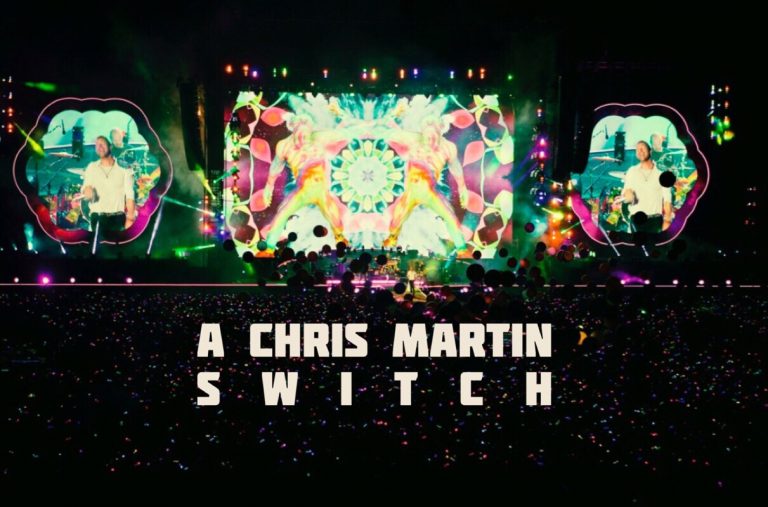 “Would you switch your life with Chris Martin if you could?”

My son blindsided me with this seemingly random question the other day, while in the car.

“Nope. Not in a million years.”

“No, I meant Chris Martin of Coldplay,” he clarified, as if I hadn’t heard him the first time, or possibly misunderstood the significance of what he asked. He was one of my son’s all-time favorites, and he wanted to make sure I truly grasped what was at stake.

I chuckled to myself. His uttering that name sounded so much to me like British royalty. But I managed to answer seriously.

“Nope. Still not in a million years.”

The volume of his reply shot up, and he slowly – again to remind me that a legend was being discussed – enunciated the name of the mega star.

“Still, the answer’s no. I’m perfectly happy with my life.”

“But he’s such a good singer! And he’s famous! And everyone thinks he’s great!”

“Sure, that’s all true. But I’m happy, and I wouldn’t trade any part of my life for anything else.”

“Plus,” I continued, “How do you know Chris Martin‘s life is so great? Because he sings well? Or because he’s famous?

Having those things doesn’t necessarily make you a happier person. I wouldn’t take a chance on being someone else. Especially when I’m perfectly content with what I have.”

My son thought about this for a minute, and I saw the initial traces of a smile stretch out the sides of his lips.

As I pulled into our driveway, I could sense his chest swell up in pride. Just a tiny bit, barely noticeable. Maybe it was the doctor in me that detected it.

He was happy to hear that his mother was content. It made him feel good.

We parked our car and ran through the rain, dodging the bullets that shot down from the sky.

We reached the door and he looked over at me and, as our eyes met, he nodded and smiled in silent understanding.

Then together, we stepped into the warmth of our house, the zone in which we lived our fame-free life.

That night, when we gathered for dinner, I called out – ‘Alexa!’ – to our artificially intelligent speaker. “Play Viva La Vida!”

As Chris Martin belted out his tune in the background, we got to catch up on our day, and enjoy each other’s company, thankful for all that we had.

Towards the end of the meal, as my son reached for his third serving of couscous, I intercepted and grabbed his hand.

“I wonder,” I began, answering his quizzical gaze, “If Chris Martin would ever consider switching his life with mine.”

I saw the look on his face.. my statement had solidified his existence here, in this lifetime. And it was the absolute right thing to say.

for your pinning interest: 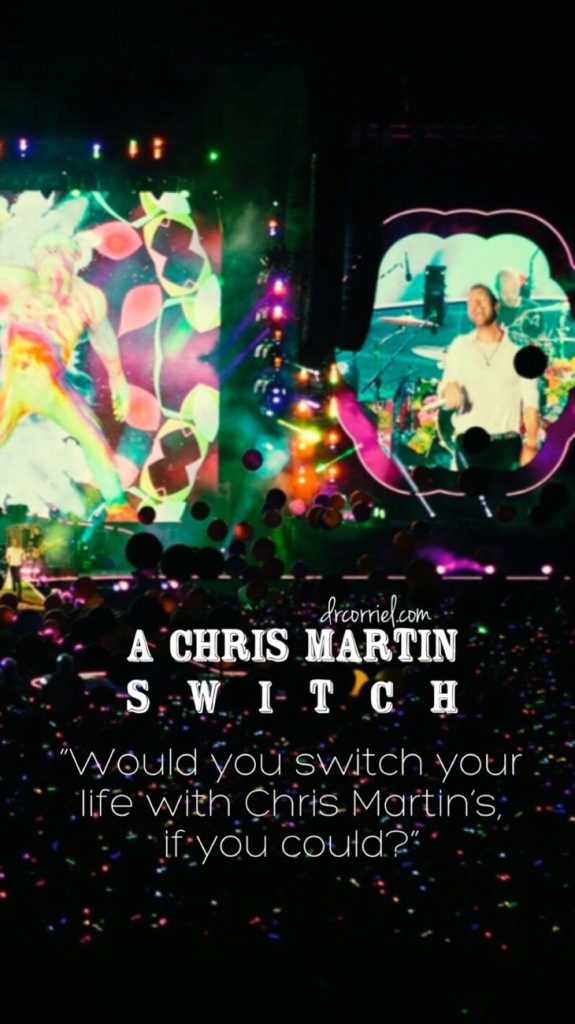