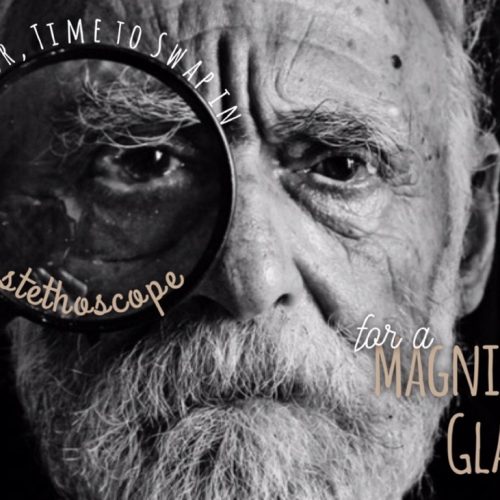 It should be simple, even if not so straight forward: If your patient is in pain, you treat them.

But what about a patient who’s been on opioids for years? How do you answer those who were led down the chronic opioid path by old school medicine, either rightly, or wrongly, so? Where do we draw the line?

A patient walks in asking for a pain med refill. He’s had neck pain for years, and nothing has helped other than narcotics. His previous doctors gave him Percocets. Or Oxycontins. Or substitute whichever controlled substance you’d like here. What is my role in this given scenario, as his doctor? Classically, I’ve been trained to assess and treat the patient — simple as that.

But enter the dilemma of modern day medicine and the opioid epidemic. In this particular instance, as a primary care doctor practicing today, I’m expected to shed my doctor’s coat and stethoscope, replacing them with the raincoat and magnifying glass of a sleuth. You can even add suspenders for dramatics.

There’s only one problem here: I’ve only watched a handful of Columbo episodes in my youth and, while they were highly entertaining, I’m not quite ready to take on a role as the understudy. I haven’t even rehearsed!

What is a doctor to do when a growing epidemic (created in part by the very field in which she practices) beckons me in, then expects me to put on my detective gear and start interrogations?

How do we get it right?

What if we miss an addict, and they in turn are harmed of an overdose the following day? Or sell on the streets, to an innocent child? Or, on the flip side, what if we suspect ill of a patient and miss treating real pain?

What of the patient’s opinion of us? Who would stay with a physician who constantly questions their honesty? And what of modern day reviews, that suddenly matter so much?

I call this a lose-lose. For both doctors and chronic pain patients.

The truth of it is that assessing for pain is tough. It’s subjective, and we’ve never had to question it.

If someone says they’re in pain, we expect them to look like they’re in pain. But we all know better. Because many of us have had to hold back pain. It isn’t always apparent, and different thresholds exist. As a physician who holds the patient-physician relationship as sacred, I feel inclined to trust my patients, and not have to constantly question what they say.

Then there’s the issue of physical examination. We use it as an investigational tool, but it also has its limitations.

Patients who seek drugs inappropriately can simply make up their ‘ouch.’

Think about it. You move the leg up, patient utters in pain. Grabs their backside. Who am I to judge if that grimace is real?

It’s nerve-racking enough to have to scan through a myriad of possible diagnoses in my head, all by memory, gained through the years of our relentless education, but to also have to call out a bluff? Even the best of poker players make mistakes!

In real life, and especially in medicine, it’s simply easier to give people the benefit of the doubt. We want to believe them. I mean, sure, many of us in the field can recount instances in which patients theatrically put on a show to get what they want. But what about the instances that weren’t so obvious? I guarantee numerous Oscar-worthy performances could fool even the most seasoned of practitioners. And we are, after all, medical providers. We’re not detectives!

This Isn’t what We Signed Up For.

Let’s dissect the nature of filling a controlled substance request for a moment. Are you familiar with that procedure?

At some point during a 15 minute office visit, we must check on my patient’s previous and current usage of controlled substances by logging on to a separate databank on the web (a step mandated by the state). Once on it (after manual insertion of full name and date of birth), we peruse through the patient’s ‘record.’

Even grandma Louise must be subjected to such a search.

This is no simple task and can take quite a bit of time. We must the interpret any information gained through the search and determine whether said patient’s request is legitimate.

(This is followed, by the way, by a two-step verification process in which medication is actually ordered. I NY, at least. The details are lengthy and involve not only entering my system password once again but also providing a virtual ‘key,’ a 6-digit number I obtain by using an app installed on my phone. No joke.)

Is this really what we signed up for when we took the Hippocratic Oath?

We did sign up for this, because we promised to do no harm. If a patient is abusing, we should identify their addiction. We need to help them with awareness, admission, and recovery.

We want to heal. But are we quite ready for the police work that’s required?

And when we do identify potential abuse, things don’t just end there. Now we’re talking ‘confrontation‘. Take a guess at how difficult it can be to tell somebody that they may have a problem.

Does a patient ever admit to being addicted? Rarely.

The very nature of their coming in and asking for the mediation, in fact, is the cycle of abuse in action. It’s either that they don’t realize it, or that they cannot stop.

If anyone has ever suggested to anyone else that there may be a problem, they’re familiar with that reaction. No one openly embraces suspicions like that. There aren’t open arms and smiles, nor weeping confessions. Unfortunately, when this does happen, it’s only happens on Hollywood big screens. Because addiction is hard to admit to.

Sometimes, it even leads to bad things. What happened to Dr. Todd Graham of Indiana was exactly that, when the 56 years old died for saying no to such a script.

The bottom line is that it’s hard to recognize abuse. No one walks into our office and says, “Doc, please give me oxy to feed my addiction,” or, “Send a prescription in so I can get back on the streets and sell.”

Nope. We didn’t sign up for this. We signed up to go to work every day and to heal. We took an oath to identify illness and to alleviate it. those of us who chose primary care did so because we enjoy good rapport with those who seek our advice, and because the patient-physician relationship is sacred. All we want to do is to come to work with a smile and to leave with a gratifying sense of achievement.

We signed up to heal. 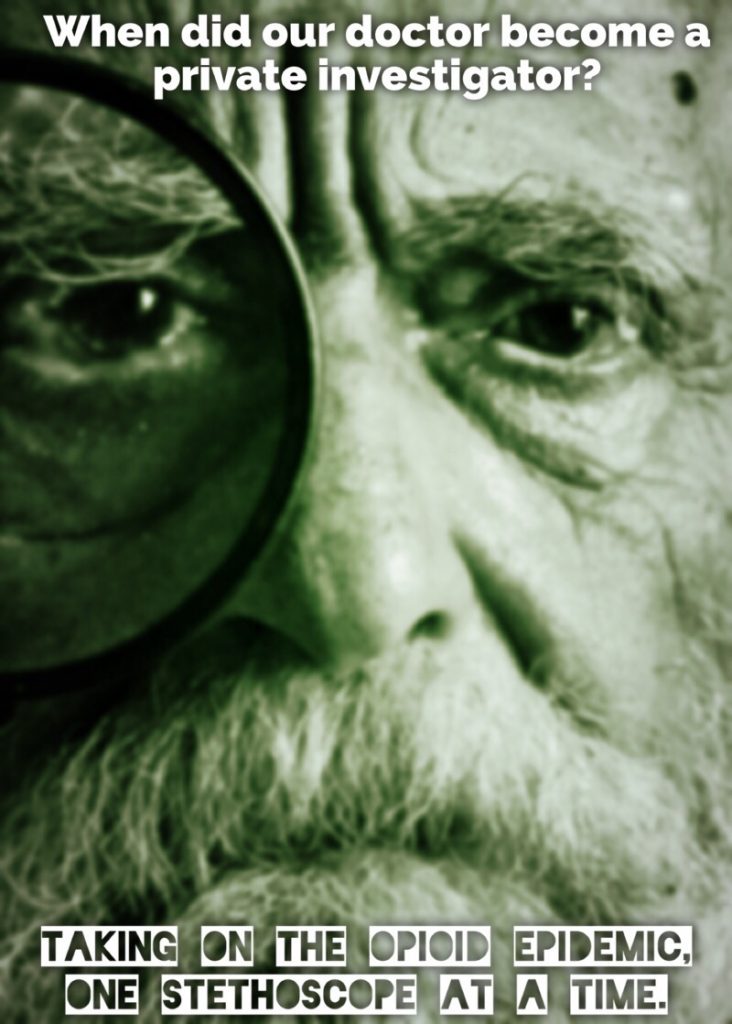