Doctors Are Leaving, But the Corporate Healthcare Joysticks Play On

Corporate joysticks have gradually taken over control of the healthcare playing field, while the world still wonders why, for many of us, the game is over. 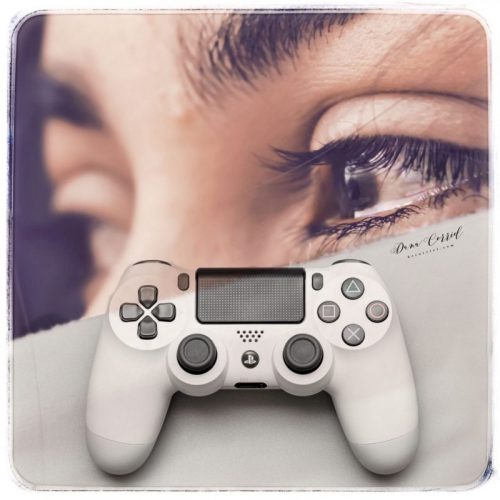 Corporate healthcare is in a fragile state.

It’s time we told the world about it.

It’s often surprising to onlookers – outsiders looking in – that doctors should ever “not feel comfortable in their own skin”.

To everyone on the outside looking in, we should be at the “top of the world”.

Especially when we feel the walls around us caving in.

But we tend to keep up appearances, because we’re still perceived as leaders in the healthcare world of today, even as power gets stripped away from us, piece by piece, from deep within.

This makes for a fitting visual that may help explain how we feel: we’re being stripped from the inside out.

It’s exactly the way the corporate healthcare system wanted it played out; with the perfect narrative pairing.

In it, a story is told about the way healthcare runs, and it makes it seem as if it’s as glorious as it used to be.

To the rest of the world, physicians seem to be at the top of the decision-making & reimbursement food chain, even though they aren’t, in reality, the ones at the helm.

In real life, and real-time, the corporate giants are moving their joystick around, controlling all of the healthcare board.

To the rest of the world, physicians seem to be at the top of the decision-making & reimbursement food chain, even though they aren't, in reality, the ones at the helm. In real life, and real-time, the corporate giants are moving… Click To Tweet

As we all continue to play, our reality regularly gets shuffled around; beyond our control, on that corporate healthcare game board.

We’re the moving pieces within the game.

Though many out there lived in a time where playing the game actually yielded positive health outcomes for patients, and positive job satisfaction outcomes for physicians, we’re now being played.

Even worse (and what should really grab the reader’s attention) is that the joysticks now control patients, too.

It’s really no different than your favorite digital game.

Corporate healthcare giants are the coders.

The doctors can move around the field within the game, as the avatars in the healthcare landscape. They’re not actually free to move around as they’d like, not actually in charge of what steps happen next.

Because corporate healthcare structure coded today’s healthcare game, they don’t really care what the avatars say. They take it a step further, in fact, and build walls.

These walls keep the avatars in check, performing “expected” duties, in the mannerisms that have been coded to best fit the game (in the hope that “coded moves” within will result in a “heal”).

Physician’s advice today MUST follow the script, with no room for improvisation, or thinking outside the box.

Unsurprisingly, escaping “what’s supposed to be” will make you lose your turn.

When any of the hard-working avatars (errr, doctors) dare to ever expose “weaknesses” (getting burned out, not able to carry out certain demands, or worse, actually speaking out), it’s often unjustly perceived as a reflection on the doctors themselves.

Because, again, on the outside, we look as if we’re on top of the world, leaders leading in a “perfect” field.

When doctors get exhausted of the corporate healthcare setup, or of the false narrative, or of being in a setting someone else has coded, and they actually leave the field, they always seem to get the standard knee-jerk reaction of “But you’re a doctor! Why would you leave?”

Can you really blame us?

We want a refund, corporate healthcare!

I’m here to challenge this notion.  To make you think outside the corporate healthcare box & start soaking in what work has evolved to mean, for a physician working today.

I’m here to remind my fellow colleagues that we ARE leaders within healthcare. We’ve simply allowed someone else to take the decision-making away from us.

And because of it, we’re now paying the price.

I'm here to remind my fellow colleagues that we ARE leaders within healthcare. We've simply allowed someone else to take the decision-making away from us. And because of it, we're now paying the price. Click To Tweet

Our patients are feeling this shift, too.

They’re the ones, in fact, that are most vulnerable to these changes.

They’re the ones who ultimately pay the price.

We want a refund, corporate healthcare!

While everyone continues to think that it’s us in control.

We’re all getting shuffled along in the game.

Except that, for many of us, that game is over.

It used to be unheard of that a doctor would leave their profession.

It was a stable and secure field.

Becoming a doctor resulted in job satisfaction, keeping us in for the entirety of our lives.

But we ‘re tired.

And we’re now leaving it behind.

We’re undoing the golden handcuffs, and we’re swapping our pasts for new beginnings; even if it means we have to, once again, start at the bottom, from scratch.

To those of you who knee-jerk and raise your eyebrows when you hear a physician is leaving, maybe it’s time to reconsider your response.

Maybe you need to start weighing the factors that are making so many of us question why we feel as we feel. And why we’re now doing what we do (for me, it’s running this space, as a means of empowering the individual health expert, so that their individual value can increase).

It can’t be a coincidence that so many of us feel this way, now, can it?

Just think about the sheer numbers, next time, before you do.

It can't be a coincidence that so many of us feel this way, now, can it? Just think about the sheer numbers (looking to leave medicine, or find a side gig, or pivot on some way), next time, before u do. Click To Tweet

I hope that those of you who aren’t leaving can identify with what I have to say.

I hope that you consider at least a few of these the options:

It’s important now more than ever that our patients know.

Because ultimately, it won’t stop with just us paying for it.

They’ll pay for it, too.