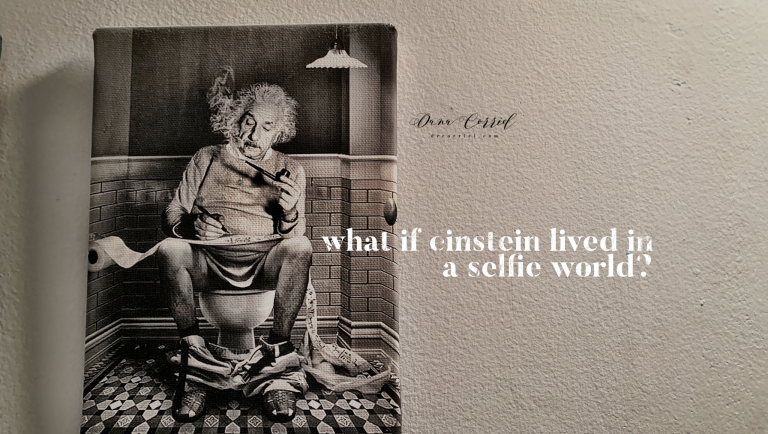 (my imagination at play..)

Einstein may have discovered the theory of relativity, but he now also hangs out on my bathroom wall.

In an homage to him, and other past and present celebrities we all know and love, the collection serves as a reminder that we are all still human, regardless of how much fame and fortune we may have been lucky enough to accrue.

I chuckle looking up at him – at Einstein specifically – each and every time I’m in there. But I’ve also began letting my imagination run wild, when comparing our lives now, to his.

The following fascinates me:

What if Einstein lived during our time?

And by ‘our time’, I’m referring to 2019, a digital-heavy age in which splashes are made by either garnering an audience large enough to arbitrarily be deemed an influencer, or by pulling off 250,056 likes (and yes, I made that number up).

Would he have achieved as much as he had if he had been alive today, and not active on any social media account?

Would he have been discovered? And how much impact, or reach, could he have possibly had?

These kinds of questions flow through my mind and intrigue me, as I mull over the reality of how we communicate today. 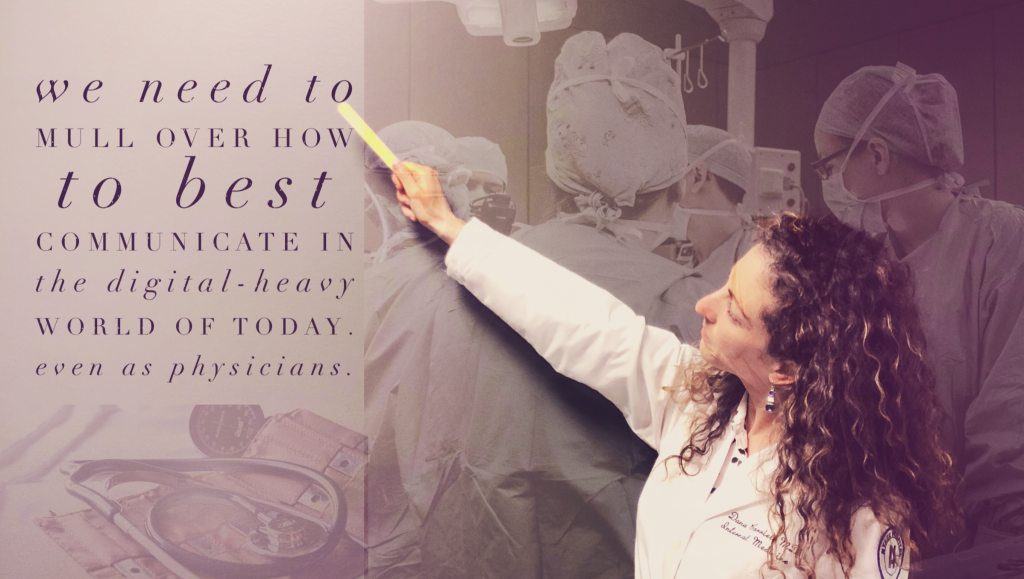 at just how much we‘re willing to share. To me – an admittedly old soul – sharing is horrifying.

Because of this – my battle with share-anxiety – I shied away from social media for a very long time; that is, until I realized just how valuable it could be when one tries to grow there (in the online world) from a professional standpoint; a career-advancement angle. It was at my 1st Harvard Writer’s Conference 2 years back, in fact, where I learned this; I was taught just how useful – no, necessary! – platforms were, when one wanted to publish a book.

Those who could potentially make or break your chances to traditionally publish wouldn’t even as much as glance your way, in fact, unless you brought the audience in with you (to basically sell the book for them).

.. That’s when a light bulb

deep within the crevices of my brain lit up.

I needed to start doing it too, as much as I cringed at the thought.

So I revved up my online engines

I’m often amazed at just how much we‘re willing to share. To me - an admittedly old soul - sharing is horrifying. B/c of this, & my own battle wshare-anxiety, I shied away from #SoMe 4 a long time; that is, until I realized just how… Click To Tweet 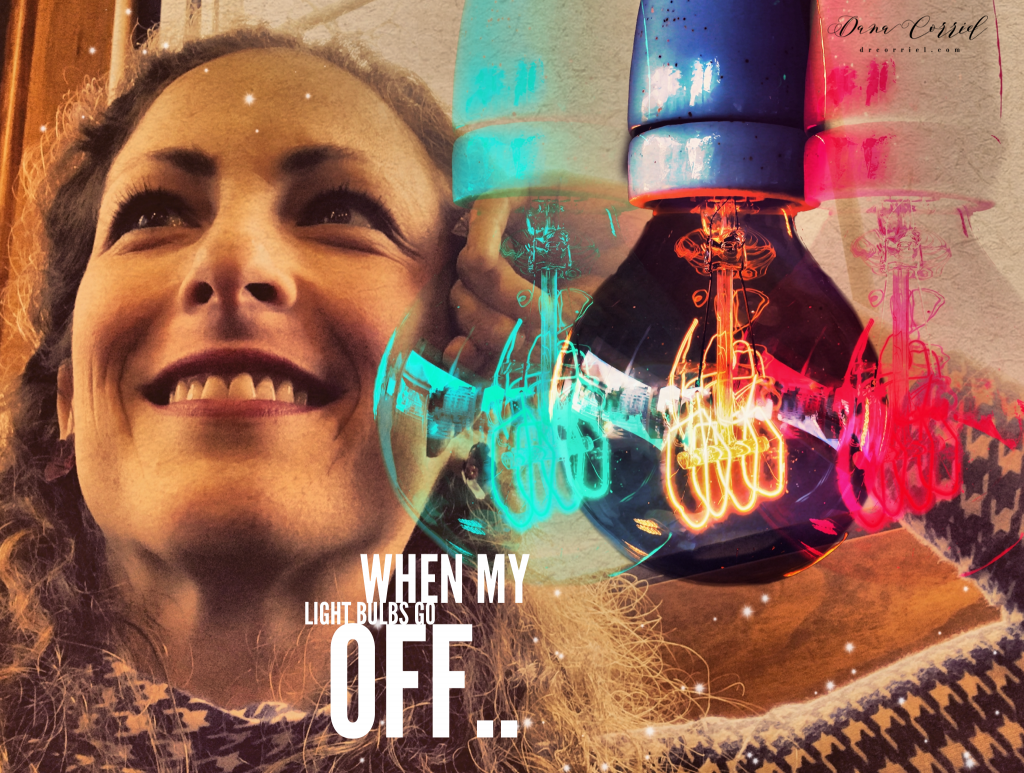 But despite this fact, and the fact that I regularly push boundaries on my own social media practices (I admittedly get palpitations with each and every one! But follow me anyway, because I’m already doing it..), I still prefer to simply crawl into my own little quiet corner and hide. Because there’s a degree of vulnerability you subject yourself to, when you put yourself out there; and because, no matter how brave we appear on our curated social media page, we are all still humans behind our creations.

So this is where Einstein fits back in,

from up on my bathroom wall. When I think if him, and of all the others up there, my imagination wanders to a peculiar place:

Could you imagine if what’s accepted today was actually accepted in the past?

I mean, would George Washington partake in a gloating Facebook post, immediately after winning the American Revolution?

I can just picture it now. In fact, I will picture it, because nowadays, I can. 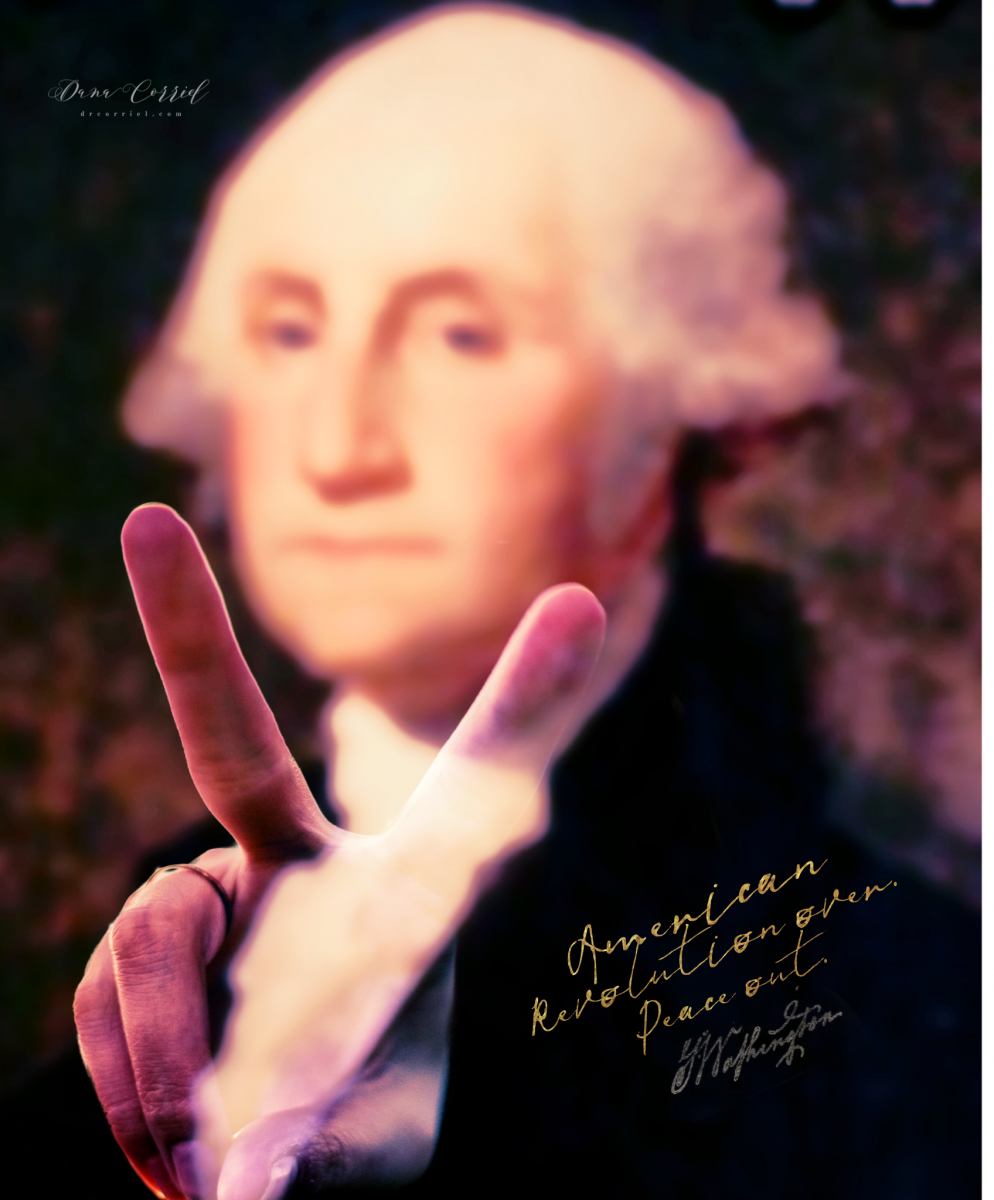 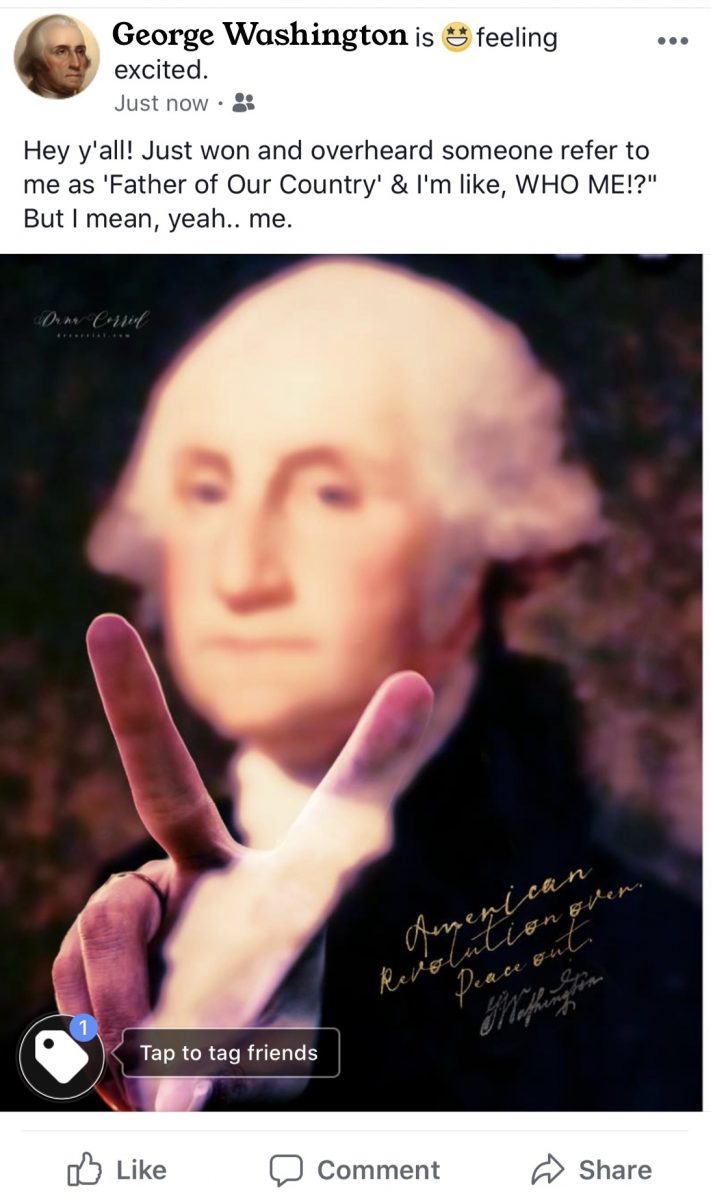 Or Eleanor Roosevelt, excitedly posting shot with hubby, with a fitting mere 3 words: 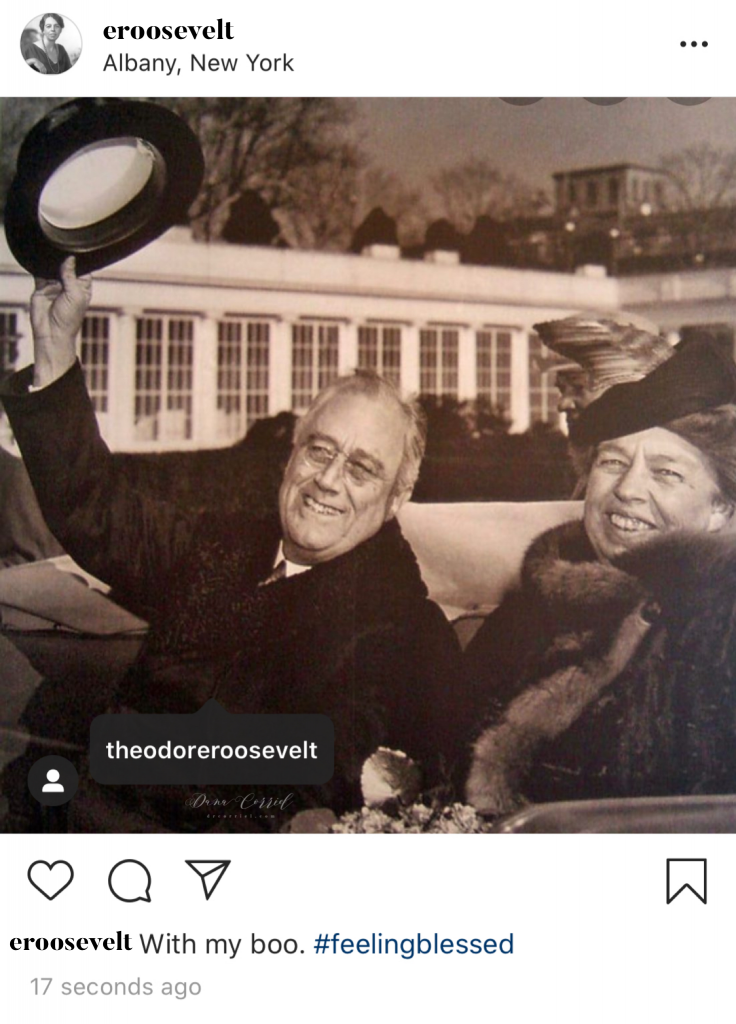 .. only to realize, moments after posting, that she tagged the wrong boo: 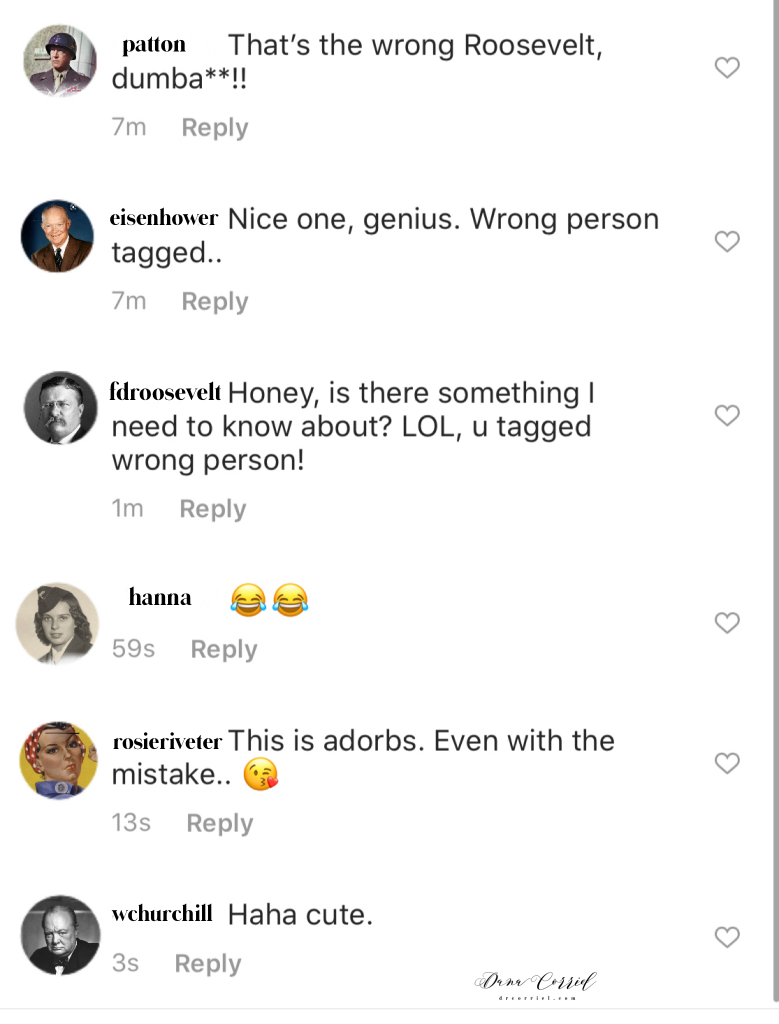 .. & all of this nestled comfortably into her Insta feed (which, quite honestly, needs some work): 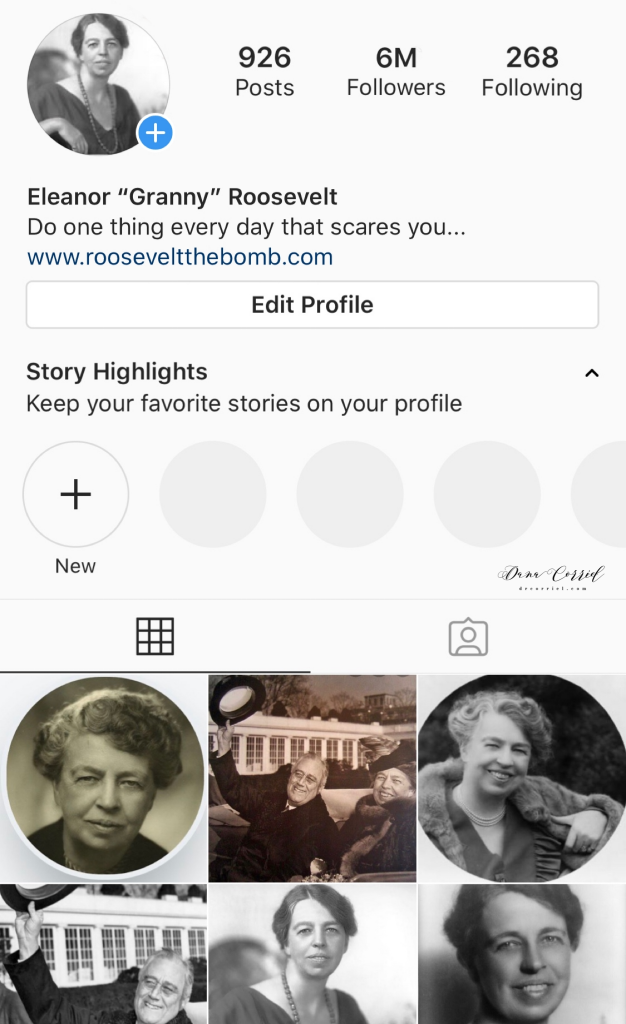 Or maybe Charles Darwin tweeting to all:

but then hitting that delete button to replace it, instead, with a more clever quote (and fitting image): 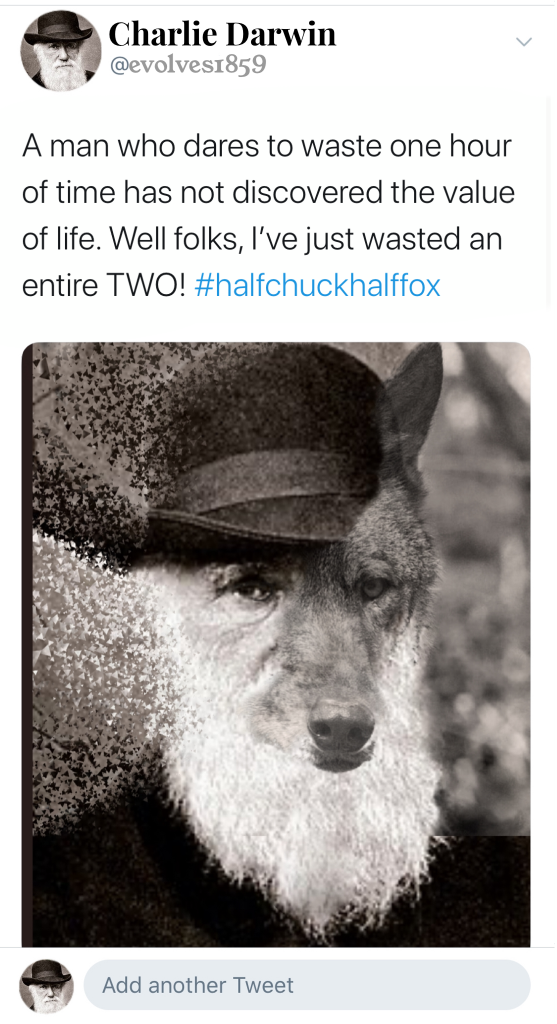 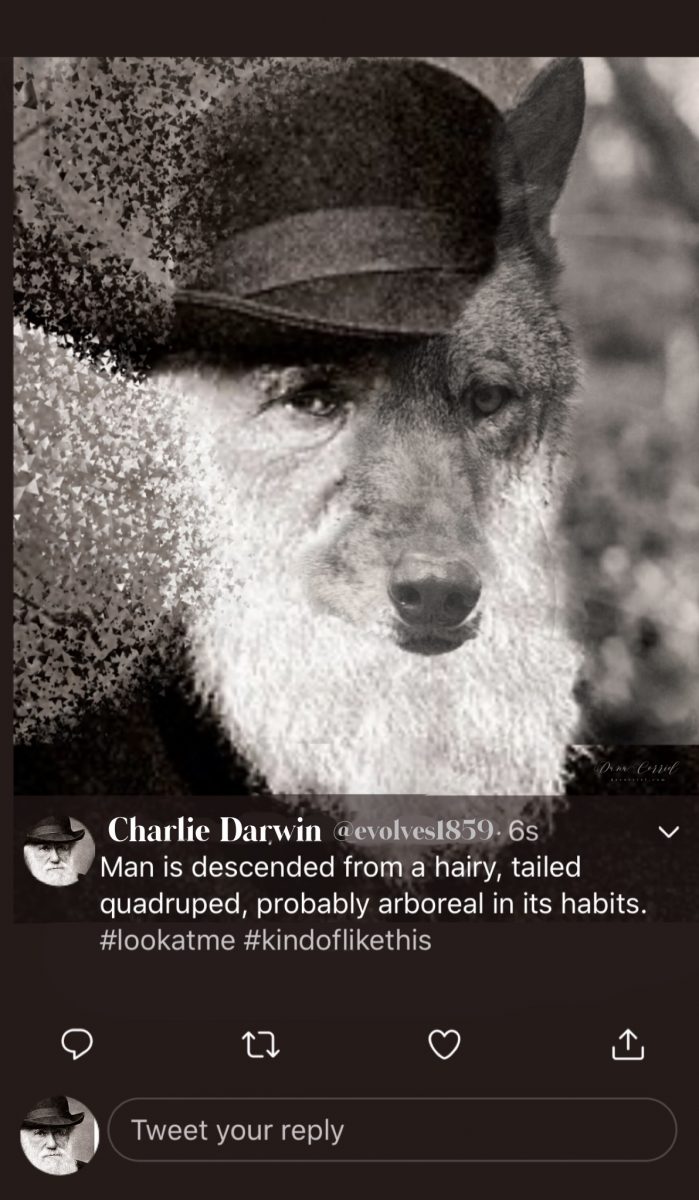 and accompany her words with appropriate gif (after a brief search through several that make her chuckle):

But back to our friend, Albert Einstein,

who we started out this blog post talking about.

What if he posted on social media, too (and waaaay before anyone actually knew him)?

What if he attended his own Harvard Writer’s conference and was swayed, just like I was, to post more actively? What if that was necessary, in fact, to give his theory-discoveries a boost?

Would he embrace our share-happy world and let us in on a little vulnerability from his own world?

What if it looked anything like the image that hangs up on my bathroom wall? 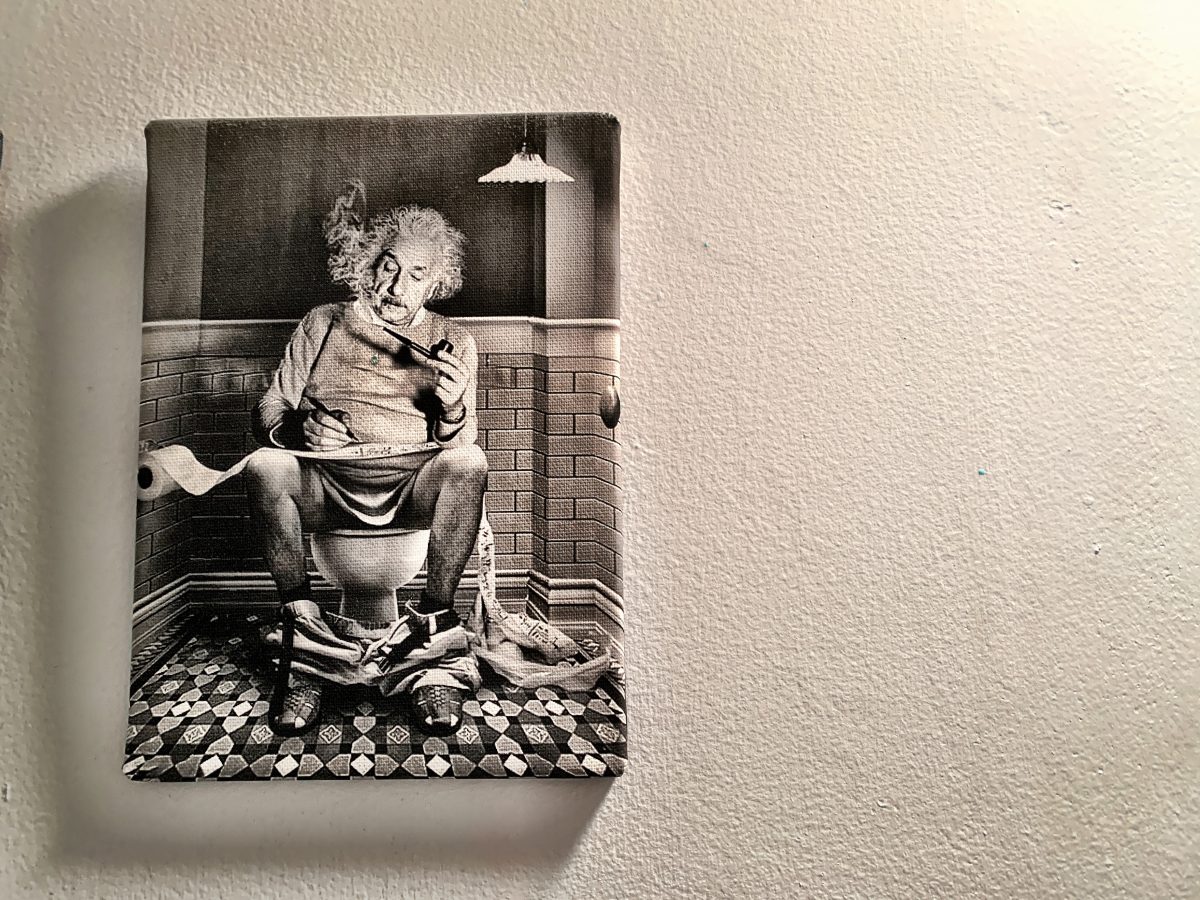 But would society at large still revere him for his accomplishments if he posted it? Or would we find him offensive and ignore it all?

Some food for thought. And I’d love to hear from you all.

What would Albert Einstein post, if her were alive, today, and putting together his very own tweet? 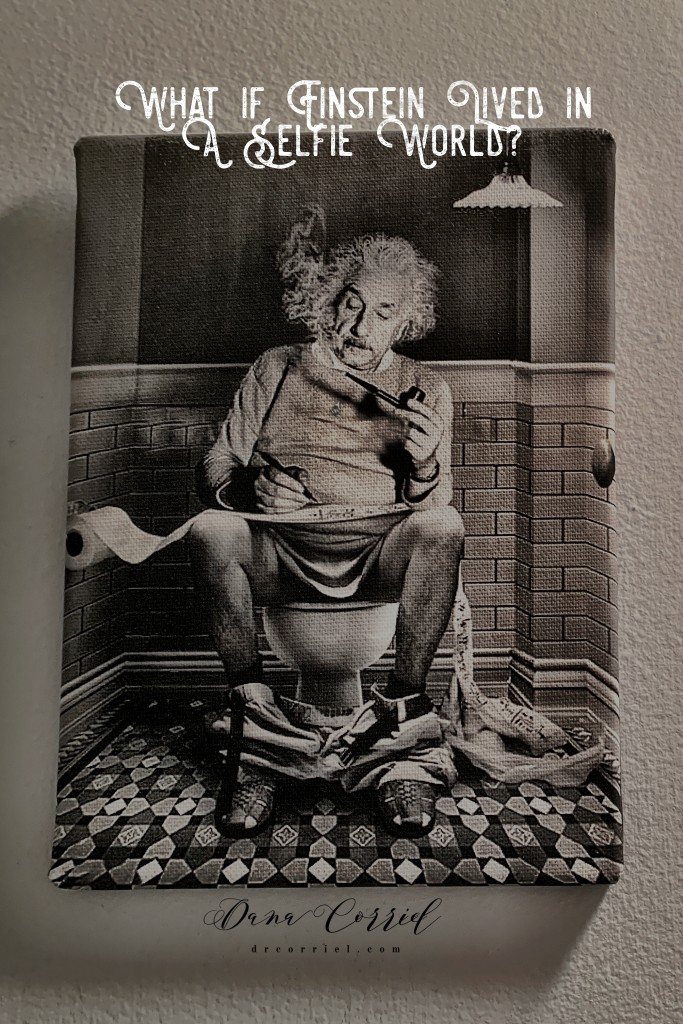 What if Einstein Lived in a Selfie World?