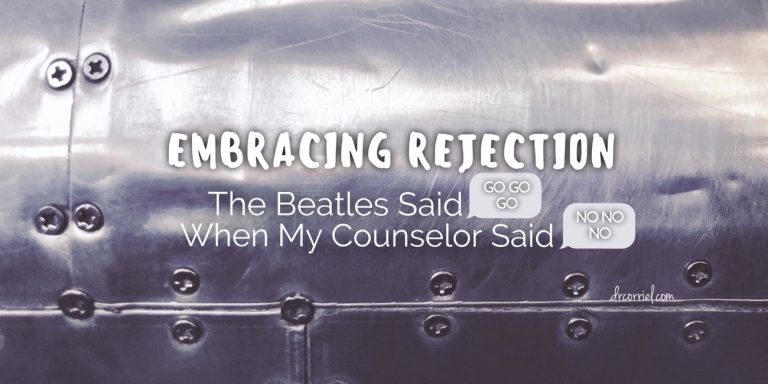 Hello or Goodbye to Rejection?

Even though I never listened to their music, the Beatles somehow inspired me, back in high school. Without knowing it, I lived out the lyrics to their popular song. You probably know the one. It goes:

The British foursome’s mantra somehow tapped into my consciousness, at a time when I needed it, and hardened a determination I never knew I possessed. I needed exactly then, at a time when the forces that were supposed to guide me, weren’t. It was my high school guidance counselor, and he told me not to apply to the university of my choice.

Because, he explained, I wouldn’t make it in.

The university I had my eyes on held prestige, in the state to which I immigrated just seven years before. But it was more than just its rankings that drew me to it. It held geographical charm – a car ride away (approximately 12.8 rounds of Hello, Goodbye set to repeat; yes, it’s I calculated that) from the home in which I was raise. I wanted – needed – to be in close proximity of warm hugs and free laundry. 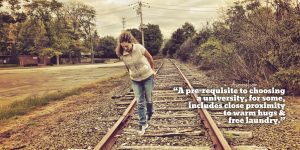 As for my guidance counselor, it isn’t clear to me, to this day, just how he came up with his assumption, so confidently squashing my dreams in one fell swoop. Was there a magic mathematical equation that spewed out my having a zero chance? Did he maybe have an ‘in’ with the dean, or know something I didn’t?

Perhaps he was somehow attempting to valiantly shield me from the horrific physical and emotional setbacks of rejection? I write this, tongue-in-cheek, because I disagree with the tactic. I believe rejection is, in fact, necessary not only for accomplishing success, but for remaining appreciative of that very success, once accomplished. We easily take it for granted.

I believe #rejection is, in fact, necessary not only for accomplishing #success, but for remaining appreciative of that very success, once accomplished. Click To Tweet

Maybe he called out sick the day they taught this at his own school. Or maybe he never made it into the school that did, in the first place (maybe someone told HIM he wouldn’t make it in).

Looking back, what my counselor did reminds me of the modern day everyone-gets-a-metal routine, where we focus our attention on feelings, instead of on the valuable lessons in defeat.

Do we honestly need to protect our young from reality? Because we can’t always be number one. Should we not give our dreams our best efforts, even if they may be a bit out of reach, and allow the cards to fall where they may?

My counselor may have been trying to spare me from heartbreak when, in fact, a rejection would have served to push me further towards my goal!

He said, “I am thankful to all those who said NO to me. It is because of them I did it myself.”

To this day, I disagree with what my high school counselor did. Not only because it was, outright, the wrong thing to do, but also because – wait for it – I MADE IT IN.

If I had listened to him, life would have taken a completely different trajectory. It would have still been ok – my personality likely would have pushed through those set of circumstances and made it out just fine, at the end. But I wouldn’t have lived out the experience of proving him wrong.

I consider it one of the very first times I stood up for myself (the displeaser in me may have, at that point, been born – more on this soon). It was the first of what became many instances in which I’d push past the obstacles standing in my way. Their existence was sometimes reason enough for me to push through them. Because being told I can’t accomplish something simply pisses me off. It still does, to this day. 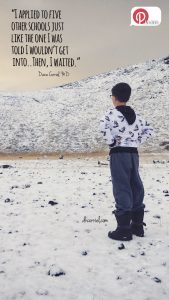 My story doesn’t simply end there, in my applying (and getting in) to the school-that-should-have-maybe-turned-me-down. I also applied to five others just like it.

And guess what? In a twisted in-your-face turn of events, I made it into every school to which I applied.

I know what you’re all wondering. And no, I did not visit my guidance counselor after I made it in. The story lacks the quintessential rub-it-in-his-face ending that satisfies the reader soul. I’m honestly not even sure he found out about my ‘miraculous‘ acceptance. I was far too young and innocent to appreciate the transformative potential of a gloat, and so I never followed up.

Embracing possible #rejection is a healthy part of the climb to success. It's about not listening to those who may try to dissuade you, and about going for it, even if you may fail. Click To Tweet

A Doctor Is Born. 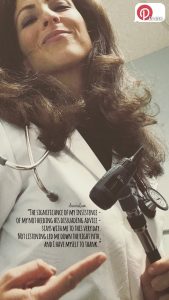 I always dreamed of becoming a doctor. Fast forward several decades and I’m here, long white doctor’s coat and all, making a difference in patient lives in the medical practice I always imagined I’d work in.

The significance of my insistence – of my not heeding his dissuading advice – stays with me to this very day. Not listening led me down the right path, and I have myself to thank. It was the start of my success.

At least the Beatles believed in me. In a way, we have them to thank, because when all is said and done, it’s words of encouragement like theirs – go, go, go – that make up good substance for guidance. With their music a key part of our culture, they will forever be the best counselors anyone can ever ask for.

(This post is dedicated to the true ‘Beatles’ in my life – my parents – who, like The Beatles, told me to go, go, go, and always told me I could accomplish anything I put my mind to.) 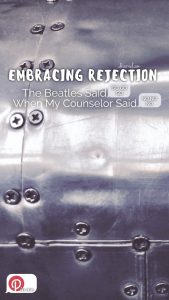 Embracing Rejection: The Beatles Said Go Go Go When My Counselor Said No No No