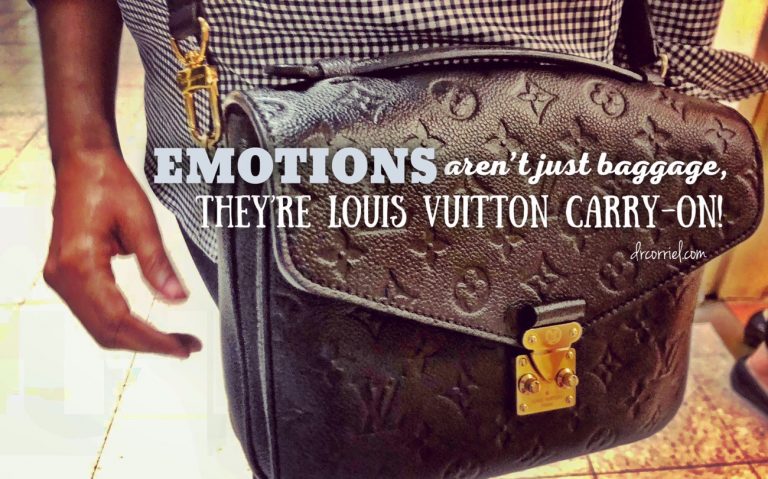 My mother likes to tell me the story of how, when she was younger, watching Laurel and Hardy, she’d cry.

Indeed, the comedy pair would make her weep.

She always felt bad for what happened between them. I think she didn’t appreciate how Hardy treated Laurel, most of the time, but that would simply be my guess.

The other day, she cried when my son told her he’d eaten an eggplant and liked it. Pure tears of joy flowed down her face.

“What!” she asked defensively, when I reminded her it was all of an eggplant.

Apparently there is great value to widening my child’s food repertoire.. and my mom is emotional.

I, too, have always been the emotional type. I guess it swims around in our gene pool.

Others are like us, too. The highly sensitive type.

Collectively, we bring to the table depth and passion, and we offer our warmth in the cold world that surrounds us.

The Huffington Post listed some of the characteristics of people like us, called Highly Sensitive People, or HSP’s, in a 2017 article, under the subheading ‘They feel more deeply” that:

“They’re very intuitive, and go very deep inside to try to figure things out.”

When you scan down the traits listed there, in the article, you’ll read mostly wonderful things.

Yet instead of ‘wearing it proudly on our sleeves’ – a popular adage with a negative connotation – we feel ashamed.

We often reflexively shove the emotion out of sight, stowed away as our so-called ‘emotional baggage‘ – which, by the way, is yet another popular descriptor, created to make us feel bad. 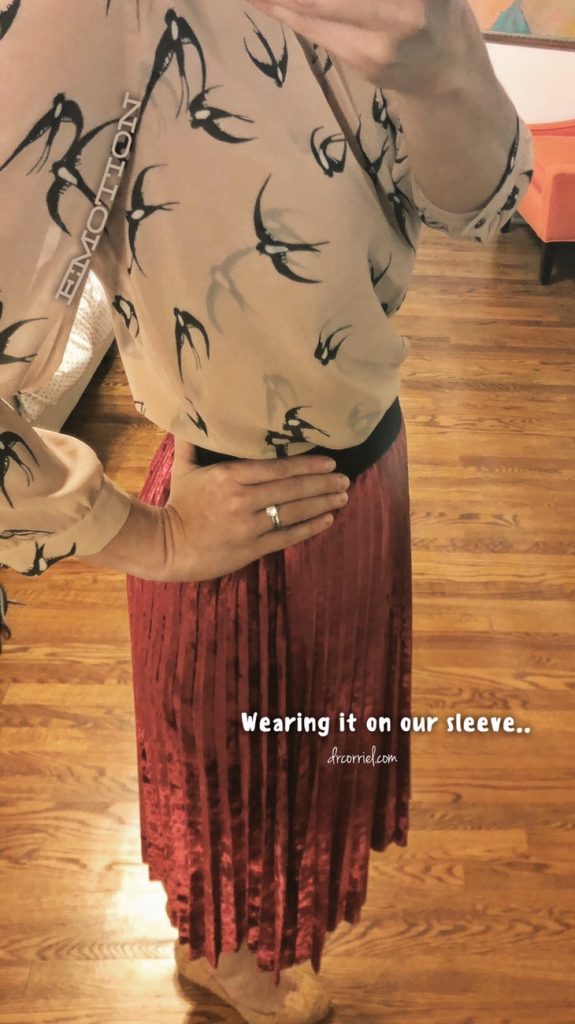 How many times have you heard ’emotional’ referred to in a positive way?

I hear it myself all the time, especially behind closed doors. It’s referred to in a negative way.

Most of those times, people are actually apologizing for it:

“I hope you don’t think badly of me,” or even the ever-popular apologizing for something positive, like:

Why would someone need to forgive us for expressing ourselves?

They should be clapping you on the back, thanking you for being true to who you are.

For allowing them the honor of being so open with them.

Why, I wonder, has our society placed so much value in hiding real emotion? Why do we look up to the stoic and the detached?

With so much mental health illness at the forefront of news (even in the field of medicine, where suicides are at an all-time high), do we really want to encourage aloofness?

Let’s not. Let’s celebrate openness and keeping it real.

With #mental health illness at the forefront of news (especially in the field of #medicine, where #suicides are at an all-time high), do we really want to encourage aloofness? Click To Tweet

Emotion in the News.

My interest in the concept of emotion revolves around a personal desire to validate those powerful feelings in my own self and find something – anything – that could put a positive spin on the trait.

That and Serena Williams making the news, with her outburst at the 2018 US open, just a few days ago.

Opinions on the Williams matter are now a dime a dozen, being offered up unsolicited at every scroll through the Facebook feed.

So I’ll spare you the long-winded version of mine.

The bottom line of it all is that the superstar lost and got mad. And yes, a racket was thrown – albeit to the ground.. no on was hurt! – in the mix.

Could she have responded differently? Sure.

We all can do things a little differently if we have the chance to turn back time.

But she also didn’t hurt anyone. It was simply.. emotional.

In fact, when the game came to an end, she didn’t complain, or whine.

Instead, she walked over to her opponent and gave her a big hug and a smile.

That, right there, is the mark of a true sportsman; she may have lost the match, but emotionally, she came out on top.

Still, she felt the need to explain, offering that,

“Not only was I accepting some tough personal stuff, but I just was in a funk. Mostly, I felt like I was not a good mom.”

You don’t have to explain yourself, girl. You’re human.

I look around me sometimes and am amazed at just how even-keeled some people can be, in response to emotion-invoking situations.

Yet yours truly is capable of losing it at the drop of a surgical cap (see what I did there? Swapped surgical cap for hat in raunchy doctor humor).

It is also not lost on me that I regularly weep at all kinds of meaningful interactions.

Even memories – which, unlike fine wines, don’t always age well in the tannin-free barrels of my thoughts – can strike a chord.

I try and push emotion back, I really do. But the human in me begs otherwise.

It not only pleads with me to accept my own sensitivities, but also that the trait makes me – makes those of us in the healthcare field – better at what we do.

It’s like adding the right seasoning to the meal. You need it to achieve the right flavor. 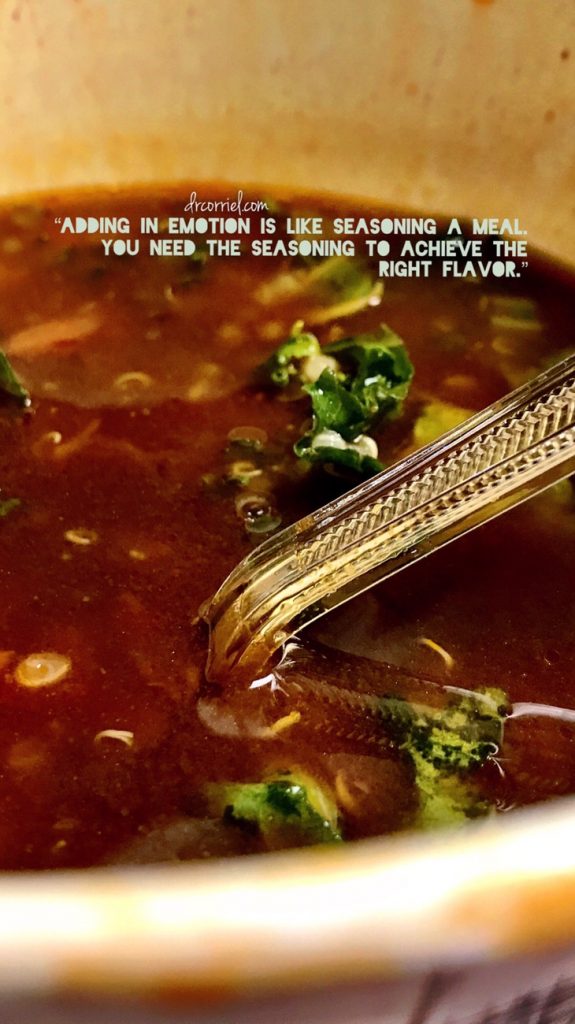 But here’s something else that came out recently, that I felt could be tied in to emotion.

A new-ish study found women physicians to have slightly better outcomes when it came to patient readmissions. The Washington Post, in reporting the finding, quoted one Dr. Vineet Arora as explaining it this way:

I’ll tell you what I think it’s about: personal connection; that emotional bond that can be formed between patient and caretaker.

The emotional aspect of it – the one we try so hard to push away – is, in fact, a requisite for building necessary medical bonds; it’s an absolute requirement for quality continuity of care. 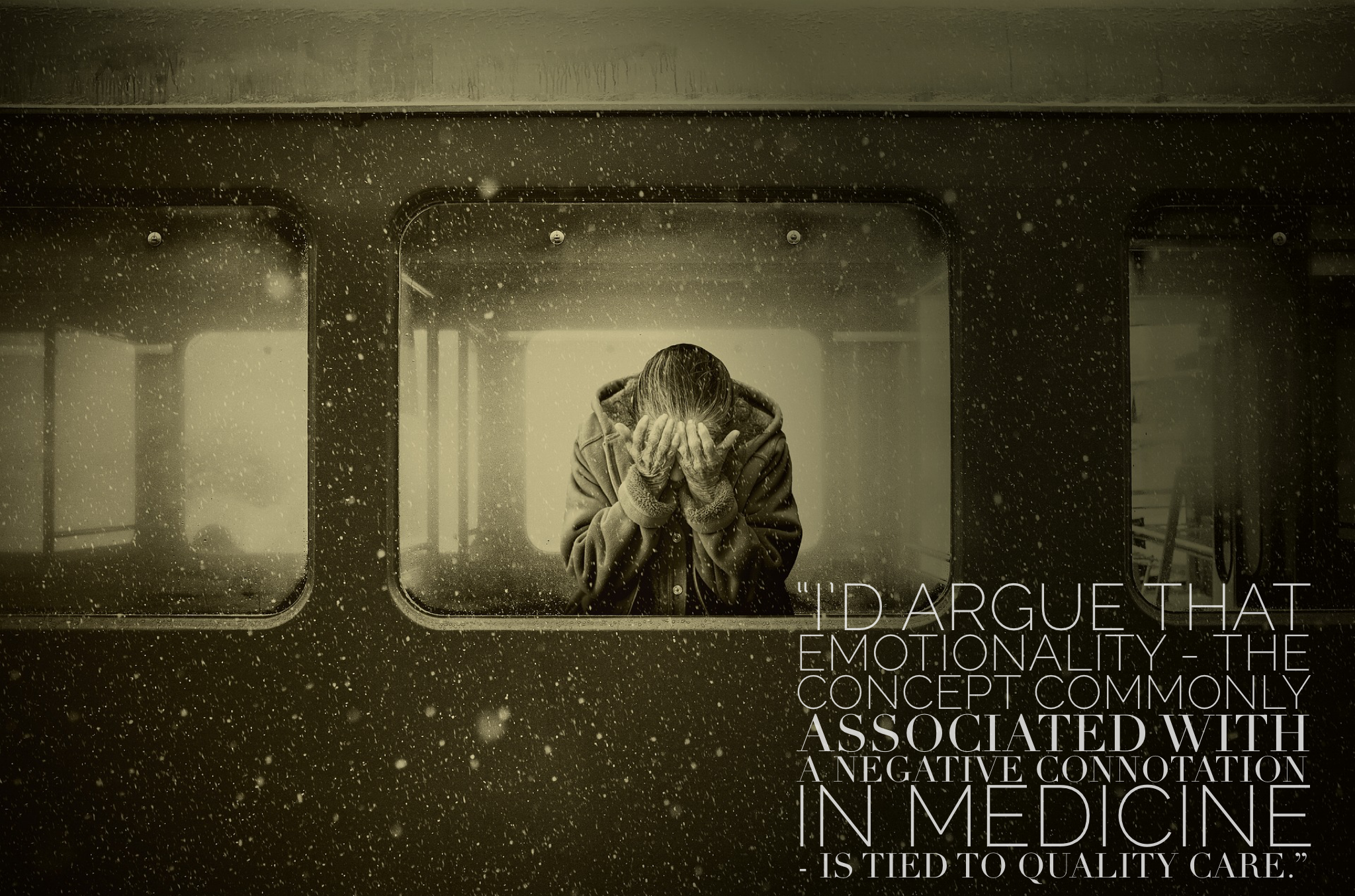 Could it be that this increase in sensitivity and willingness to embrace our feelings (the emotionality I refer to) actually makes us better doctors, whether we’re female or male?

I think so. But no one really knows for sure.

Here’s what I do know: emotions matter. They are fabulous manifestations of our being human, and they count. We should embrace them, because when we use them well, they can be our greatest asset.

So the next time someone challenges you to put away your emotional baggage, let them know that it’s carry-on, and tell them it’s Louis Vuitton!

Next time someone challenges you to put away your #emotional baggage, tell them it's carry-on, and that it's Louis #Vuitton! Click To Tweet

For your pinning pleasure: 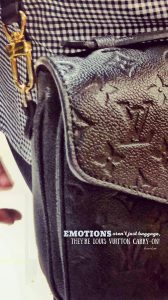