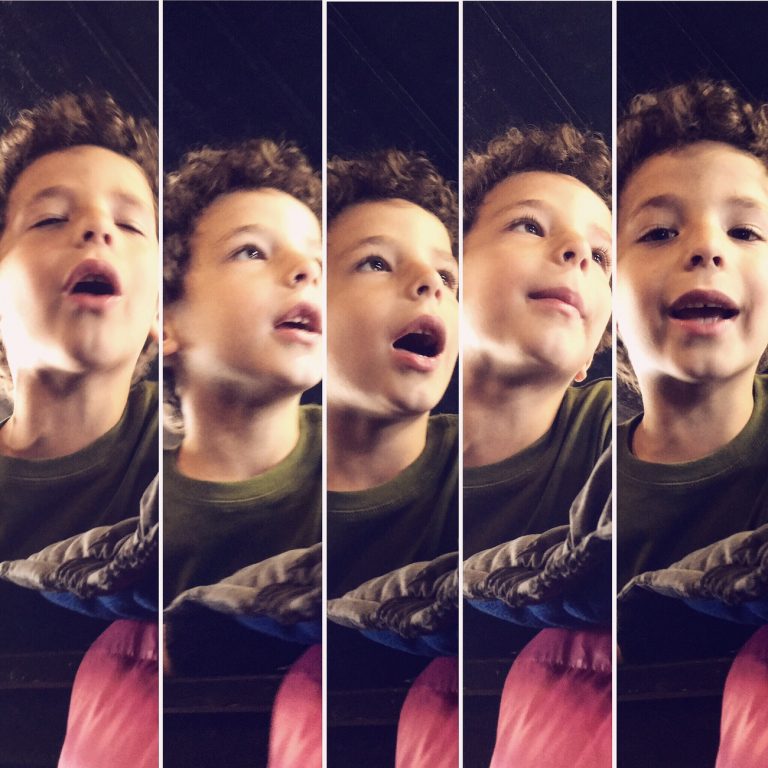 Is there an Art to the Whine?

What goes through a little one’s head as a tantrum evolves through its magical steps? And what do our tiny perpetrators think they’re achieving as they’re going through the motions of it all? Especially when you’re clearly the best mom on the planet, and this kind of stuff never, ever happens. Not at all.

And while those two questions are often posed rhetorically, the following is absolutely not:

Dear lord, is there any way to make one stop?

(.. read on or click here to skip my ‘6 Tips to Combat the Formidable Temper Tantrum )

These are questions we’ve all asked as parents,

at one time or another.

Ok, so these are all questions I’VE asked as a parent, but never quite seemed to find answers.

So I took things a step further, and set out to find interesting scientific explanations to the concept of it all (not the why of ‘the tantrum’, per se, but the intricacies behind it). I wasn’t expecting much, but you really can find a study on just about anything these days – whining notwithstanding.

In my Google University lit search, I stumbled upon a 2011 study in the journal Emotion, called Screaming, Yelling, Whining and Crying: Categorical and intensity differences in Vocal Expressions of Anger and Sadness in Children’s Tantrums (you CANNOT make titles like this up – and academic, no less!!). It offered a unique window into the various kinds of temper tantrums, and the varieties in which they come:

“The observation that different types of vocalizations are important in distinguishing anger vs. sadness during children’s temper tantrums suggests that a more detailed analysis of their acoustic characteristics might further clarify differences between tantrum emotion expressions as well as between different intensities of the same emotion.”

So there seems to be actual meaning behind the characteristics of a tantrum!

*rubs chin repeatedly with hand as if wise*

It’s a form of communication, apparently, even if we don’t necessarily know how to speak the language. Heck, some of us probably don’t even really want to.

It looks like there is, in fact, an art to the whine.

So there seems to be actual meaning behind the characteristics of a tantrum. It's a form of #communication, even if we don't necessarily know how to speak the language. Heck, some of us probably don't even really want to. Click To Tweet 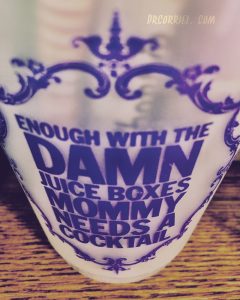 I remember taking my own son to the store, back when he was four.

Typically well-behaved, my little guy was a breath of fresh air to have around, so I didn’t think twice about bringing him along.

I was quite proud, in fact, of having him by my side. Not only because of his delicious cutie-pie-ness (I’m not at all impartial – just ask my husband, or my mom!), but also because he was usually well-behaved. That calm-exterior made for the perfect companion to take along with me, on any shopping or otherwise necessary run.

Unfortunately, that wasn’t the case on this particular afternoon.

He must have had a bad day.

And I must not have known. Because no one is crazy enough to knowingly subject themselves to the torture of a mid-store tantrum.

The problem was that, while I knew how sweet my baby typically was, no one else in the store that day seemed to share the sentiment with me.

What they saw evolve in front of their very eyes was, for all intents and purposes, a tantruming nightmare.

What more – and parents reading this may relate to the cringe-factor elicited when this happens – no one watching seemed especially impressed by my strong-willed determination to hold ground. Couldn’t they see I was a “disciplinarian”?

I guess I half-expected a congratulatory ‘pat on the back.’

Or a ‘great job,’ mumbled through the lips of passersby.

Heck, even just momentary eye contact to indicate someone – ANYONE – had my back would have quenched my recognition thirst.

Maybe it could it have made a difference

if I wore a pin bearing that word.

‘Disciplinarian‘, it would read, in bold, maybe accompanied by a hashtag.

Underneath it, I’d have a representative symbol, to denote that it had been earned. A medal maybe. And I’d point to it, literally, with my index finger, in this and every other time it became necessary to flash, like a sheriff’s badge.

In reality, it would serve more as validation than anything, and for myself. Proof I had the ‘credentials’ to not only have had a child, but carry them around with me in the first place.

I looked around me

Where were my fellow bloggers when I needed them? The ones that always wrote about holding your ground? Or the doctors from all those books I had read (the fact I’m a physician myself is not lost on me..), who had taught me not to negatively reinforce? Wasn’t there some magical spell I could use, to conjure some of these “allies” up?

(at this point in the blog post, I feel inspired to create a separate commentary, and aptly name it 10 Inventions Needed for Mid-Tantrum Rescue. You’re welcome to stay tuned – don’t forget to subscribe! – or better, send in suggestions for the list as I think it up!)

Wasn’t I supposed to be getting a metal or something, at this point in the process, as I held out, steadfast, against the surge? I would even settle for a bronze, if I had to, or a standing ovation of some sort. Heck, a soft round of applause would have sufficed.

But attention WAS turned to me

Except that it wasn’t, in fact, to congratulate me at all. It was to judge.

It seems all that matters these days, to an outsider looking in, is the face-value look of what’s at hand. I had lost control, and found guilty as charged. The verdict, complete with glaring eye-rolls and hushed accusations, wasn’t even delivered outright. It was implied.

If only I had time to build my case, and then lay it out in the open, bringing to light defense after excusable defense. Because they were excusable to this mother-who-was-trying-her-hardest, after all. Weren’t they?

If only there was space to showcase my exhibits, carefully labeled from birth to tantrum-years-old. If only I got the chance to convince everyone that in front of them stood the purest of beautiful angels, only temporarily disguised as the monster he made himself out to be. 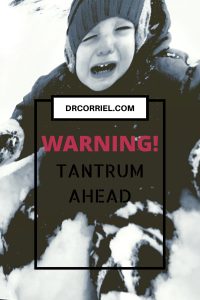 But I couldn’t. Because, quite honestly, at times like this, I needed to be convinced, too.

The Etiology of this Particular Tantrum

I remember why the tantrum started.

It was nothing complicated, really, or thrilling, when it came to the etiology at play. It was a classic tale of boy-wants-car-mommy-says-no that sparked it all. It may have even started off quite innocently, but before I knew it – and as many of them do – it veered off in an altogether new direction and gained momentum as it formed.

Being the tough mother I thought I had built myself up to be (you know, the kind that can do-no-wrong and so how in the world had I even ended up in this predicament?), I stood my ground. But by the time we had made it to the cashier, all hell had broken loose, and the pair of us were getting the equivalent of death stares.

Now let’s get something straight here: there is nothing quite as powerful as the onslaught of ten strange eyeball pairs, glaring down at you silently, to make one doubt their parenting style. Especially not when your little genetically-engireed ally sits – nope, now he’s spread out again.. and, OMG, he’s making snow angel-equivalents on that dirty retail floor.. and now I’m wondering it’s been since they’ve washed that floor.. serenity now!! – willing himself to convulse to his heart’s content.

These particular unfolding events can literally penetrate into your soul, causing you to start questioning the negotiation methods you always believed would work.

“I mean, would it honestly break the bank to take out just a single Alexander Hamilton?” you’d wonder.  “Maybe just this once?”

But I didn’t give in to my insecurities that afternoon. I actually stood my ground.

But before you punch through the air in congratulatory hooray (and thanks for the support, my reader friends), I’d like to point out how much I wish this hadn’t bothered me in the first place. Because clearly, it left its mark.

In fact, I remember,

to this day, just how much it bothered me.

The woman in front of me in line likely pursed her lips and straightened out her back, in a nonverbal gesture of annoyance. Her eyes likely rolled themselves over to the cashier, who pursed her own lips in disapproval, and lifted her brows. Why, they probably could have made perfect understudies for the role of Miranda Priestly in The Devil Wears Prada (one of my favorite movies ever btw!), if they had auditioned for the role:

So here’s the scoop,

looking back now, as an older, more confident mom.

I’ve been through hundreds of these tantrums, and each of the firm reactions I’ve stubbornly – no, bravely! – held on to for dear life (those parental NOs that unfortunately fueled those tantrums in the first place) stack themselves up, one on top of the last. Together, they serve as foundation, the building the blocks to our child’s future, ensuring that, one day, they’ll turn out perfectly alright.

I like perfectly alright. I’ll take that in a child anytime.

To read on my 6 Ways to Avoid a Tantrum, read 6 Ways to Combat Tantrums: The Art of the Whine.

Flashbacks Over Whine: Dissection of a Mid-Store Tantrum