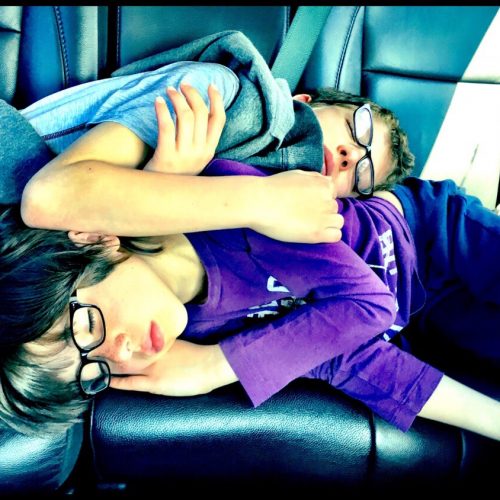 The word Mom used to mean different things to me once.

What made it different was simply this: I wasn’t her.

.. or any other form of such statements that resulted in someone else doing all the work.

In truth, when I think of such phrases, I chuckle. They make me think of the scene from Wedding Crashers (click here if you’re not familiar with it, but be warned of explicit language.. & laughs), where Chaz yells out to a Mom that’s in a different room altogether: “Ma! Meatloaf!”

Many of us can relate from when we were young.

You may laugh at it – admit it, it’s funny! – but I bet there’s also a part of you that would love to be Chaz just one more time. Oh, to be spoiled like that again!

Even as an adult – and even if just for a fleeting moment – it would be a fabulous feeling to recreate. To be able to yell out Ma! Meatloaf! just one more time would quite possibly make anyone’s day.

You may #laugh at the famous 'Ma! Meatloaf!' Wedding Crashers scene – admit it, it’s #funny! – but I bet there’s also a part of you that would love to be Chaz just one more time. Oh, to be spoiled like that again! Click To Tweet

A Source of Warmth.

It brought me comfort, back in the day, to use the word Mom myself.

I felt a sense of warmth, of security. I used it at a time when the only ‘job‘ I held consisted of waking up at any – literally any – hour of the day, followed by the annoying task (the gag-me-with-a-spoon type) of having to get dressed. And yes, I was clearly a child of the 80s.

Aside from absolute necessities, like getting myself ready in side pony and neon leotard bottoms (again, 80s!), I needed to head down the stairs in the morning, where breakfast was not only prepared – by the one and only Mom herself – but also served. To me (typically as I sat on my breakfast ‘throne’)!

As far as daily requirements went, that was it!

Rest of the Day.

The rest of my day depended on whether or not there was school.

If there wasn’t, I could sit in front of my television, wrapped in a blanket quite possibly knit by Mom herself (and certainly placed there lovingly by her) and watch shows (like the TGIF fills of Balki Bartokomous or Urkel) to my heart’s content.

Alternately, I could spend it ‘dying’ of dysentery on my trek down the Oregon Trail, in that rickety wagon we all knew and loved (if we grew up then, of course).

Though the details themselves date me, the substance to my day makes the point; that those were carefree times filled with no worries at all.

But then, I blinked, and the meaning of the word Mom changed.

Suddenly, I was her.

I woke up one morning, and had a job.

A real one. Like, the kind where I actually needed to be up at ungodly hours, jiggling the buttons of an alarm clock that never seemed to turn off. I needed to look presentable, apply makeup, wear decent clothes (though I do get away with scrubs some days).

I didn’t have any breakfast waiting for me downstairs (Ma! Where’s the Meatloaf?!?).

Worse, I had bodies waiting for me – bodies physically seated in front of empty plates at the table, waiting for yours truly (the Ma in the equation!) to make the food.

What was happening here? WHERE WAS MOM!? 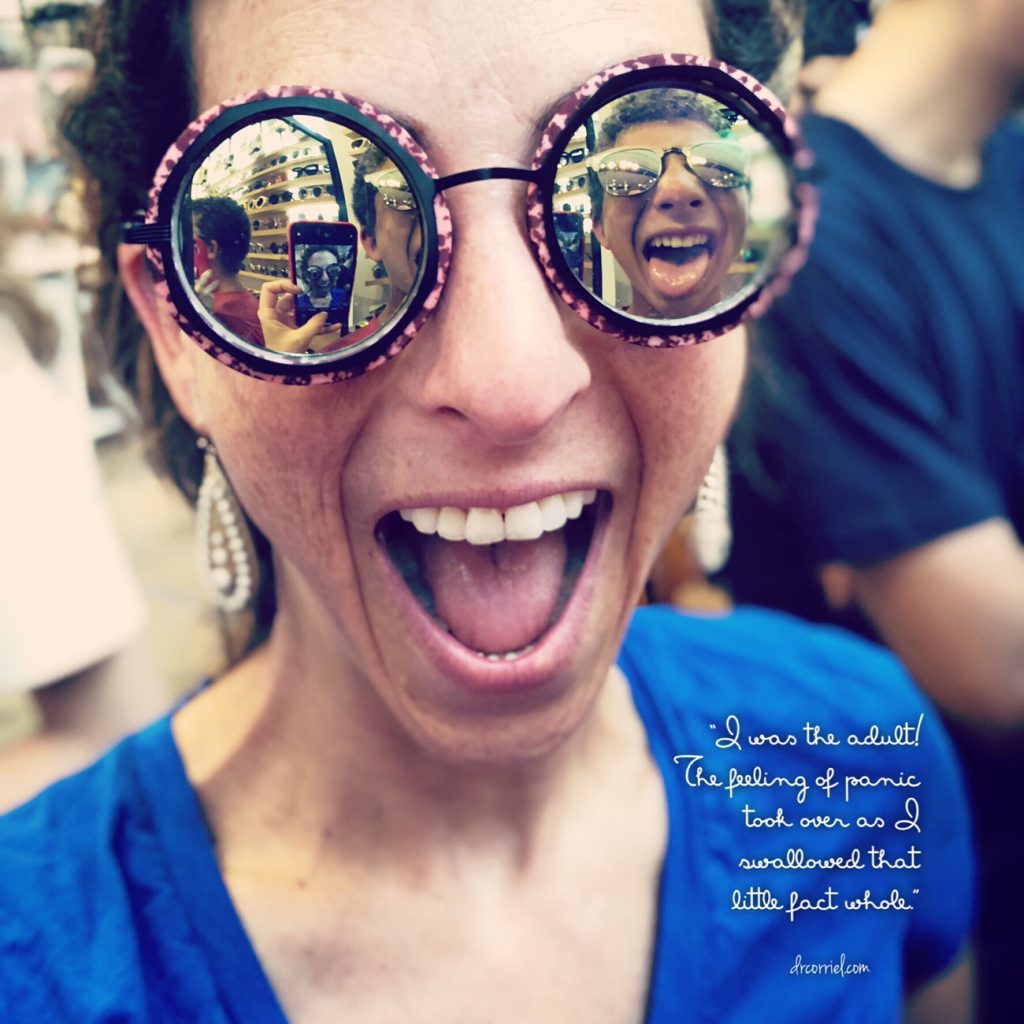 The feeling of sheer panic took over as I swallowed this overwhelming ‘little’ fact, all at once. Perhaps I needed to mull it over (while preparing breakfast).

It didn’t end there, either – it got worse – because the oldest child seated at that table, waiting to be served.. was none other than my own grown teenage child!

This particular truth hit me square in the face, and rather hard. My oldest had sprouted into a teen when I blinked for, like, a second. And what’s amazing was that he didn’t just turn ‘big’ age-wise – he had also grown in build, and in mindset!

His needs had grown, too.

Plus car rides to get around.

And money; oh, the money! Although a popular belief that it was growing on the trees in our backyard, a freshly plucked 5 dollar bill no longer earned the appreciative grin of yesteryears.

Standing around the kitchen that frigid December day, I was hit with the reality of who I had become.

When my son passed by me his voice cracked. “That word” – Mom – bounced from his lips, straight into the ossicles in my ear, hitting me like a ton of bricks as neurons fired to process the implication. 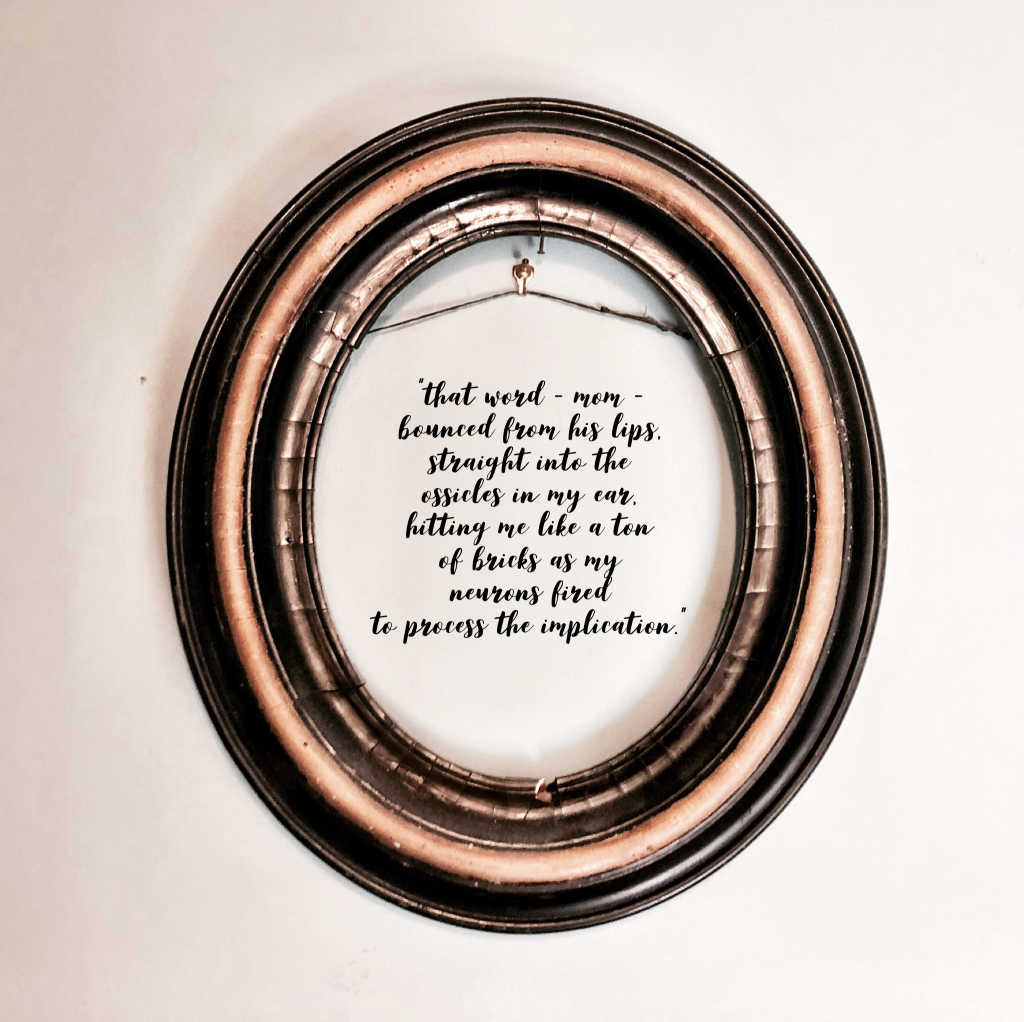 I had become the person I once took comfort in. She was now me.

I stifled a scream.

Not a small one, like those curt, frustrated grunts. More of the bellowing type. The kind whales emit in deep ocean, when they’re in despair. Also a bit like Chewbacca. I let out a Chewbacca-proportioned guttural cry at who I suddenly realized I had become. 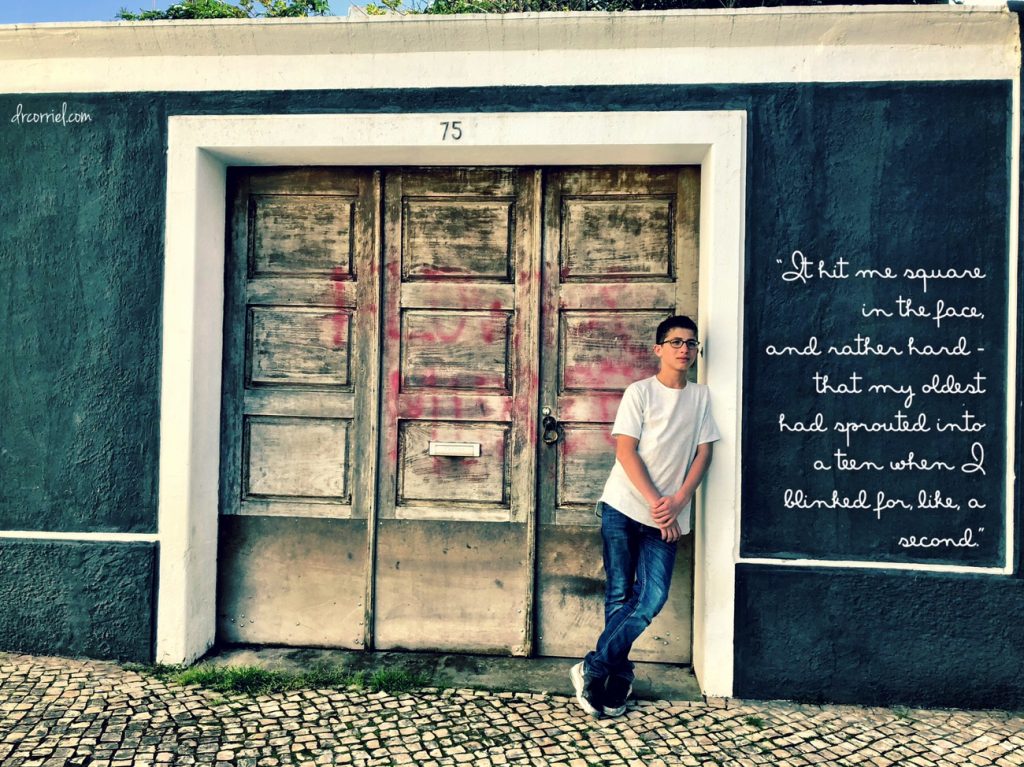 I felt both frustration and anger build up, then mixed together in the blender of my thoughts.

But it was like I had used the wrong ratio of each, and got lumpy exasperation batter instead. I ended up dumb-founded, biting into aggregates of flour when my metaphorical disbelief-pancakes were done.

“Was I being irrational?” I thought.

My response may have indeed been knee-jerk in nature.

So I closed my eyes to think things through – you know, the way things are rationally mulled over?! – only to open them back up and find myself right back where I started, in the same reality I had left off.

An urge tugged at my sleeve, right then; the urge to throw my body down on the ground, kick my feet back and forth, and go through the motions of the biggest adult tantrum I could possibly carry out.

Ever feel the urge?

I’m picturing it now – the type you see in comedy sketches like SNL.

I wanted, at that very moment, to be Adam Sandler or Jim Carrey – to be able to just kick and get away with it. Because people like them actually get away with this stuff! All. The Time.

(For part II of this article will be coming shortly..)

The Why Of It All.

I’m happy to report I actually came up with a plausible ‘why’ (why I’m surprised to hear that word, after being mother for so many years!), after expending energy massaging my neurons trying to make sense of it all.

I must have carried out the motions, all of those earlier years, without letting any of the details truly sink in.

I must have taken on motherhood – full throttle ahead – with the seamless transition of necessity.

Not because I’m cool – oh, no, quite the contrary! – but because I was too busy to look around while all of it unfolded.

It’s as if I closed my eyes and just did it. And I suspect it may have happened to many other parents like me.

We – the moms out there  – may have adopted a coping mechanism for dealing with the craziness of motherhood, by lunging at it full force, without looking around and letting the little details sink in.

We - the #moms out there - may have adopted a coping mechanism for dealing with the craziness of #motherhood, by lunging at it full force, without looking around and letting the little details sink in. #parenting Click To Tweet

It’s a coping mechanism that works, and maybe that’s the safest way to think of it. That it not only just happens, but that it happens for a reason.

For me, that coping stage may have finally come to its end.

Because I find myself looking around now, and taking it all in. It’s finally sinking in.

And as I do, I realize just how lucky I am that I get to have somebody call me by that name.

for your pinning consideration: 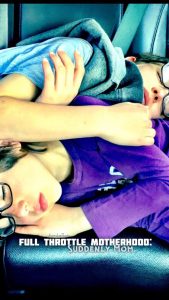