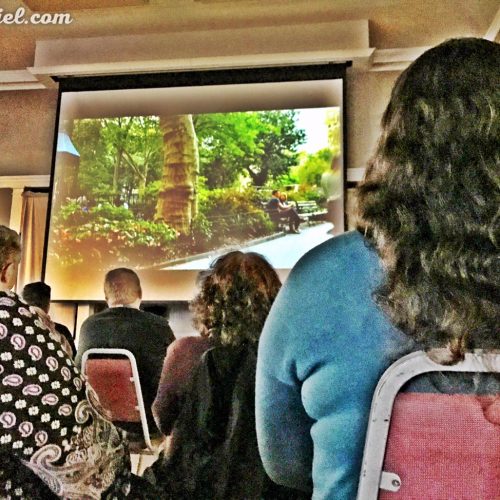 Last night, I attended an LGBT event that was quite inspirational.

Held at Nyack House and hosted by the Rockland County Pride Center, a group of us viewed the premier National Geographic documentary, Gender Revolution, with Katie Couric.

The film explores the different aspects of gender and the many possibilities of gender identity.

It helped to explain different gender terms and also highlighted extraordinary stories of both children and adults struggling with their own gender issues, including an experiment in which a physician instructed a family to raise one of their male twins as female after a botched cicumcision. I happened to have recently seen an off-Broadway show on that very case, called Boy. The show has since closed.

I did learn a few points from the movie, and noted some interesting facts:

a term for someone whose gender identity matched the assigned sex given at birth.

2. One person’s explanation of the term gender vs. sexual orientation-

One of the featured doctors stated that, one day, a blood test will be able to tell us what the gender identity of a person is. Interestingly, an audience member did bring up his issue in the discussion after he documentary was shown. She questioned the purpose of checking this and whether this may create a problem in itself. A great topic for discussion.
4. Inspiring cases of adults undergoing male-to-female and female-to-male (a much more difficult surgery that the former) surgeries, even before the time of Bruce Jenner.

Cases like Renee Richards, a famous tennis player who underwent this procedure in the 70s and was subsequently not allowed to compete in various tennis tournaments in 1976 because she refused to take a gender verification test (she later sued for this and won).

Another case was a successful orthopedic surgeon, who turned female and happily stayed in his long-term relationship with his wife and is now known as Kate.

Certainly a worthwhile film to watch, in order to better understand gender issues and educate yourself on this important issue. Learn more about it by clicking on this link.