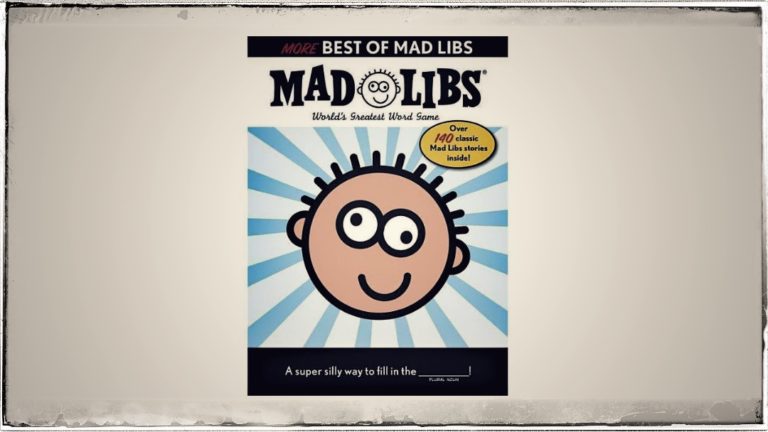 How to Earn the Title “Best Mad Libber”

(You know you want it. Now let mama Corriel show you how.)

But yours truly did.

Now, I know what you’re thinking:

And thank you for thinking it.

So when I was given the unofficial title of ‘Best Mad Libber’ by my son on a recent afternoon’s car ride, it was worthy of a blog boast.

It came as a timely bestowing.

As a result of having recently stepped away from clinical medicine, I was open – WIDE OPEN – to suggested CV-stuffers that could pad up my past.

Was it quirky? Yes.

But one never knows when the next company comes along, scouting talent with ‘Best Mad Libber’ skills; and proficiency in just about anything these days seems to give one a leg-up.

So I embraced it; took the title in with open arms:

I happen to be feeling quite generous right about now, as I type this post out, so I’ll fill you in on the details.

I was contemplating slapping a trademark on this method, to give it proper IP-protection, but realized the process would likely take too long.

Maybe you, too, can work up your way to becoming a ‘Best Mad Libber’.‬ Or at least earn a spot at silver or bronze.

‪All one has to do, to be successful at ‘Mad Libbing’ with a child, is:

to channel Oscar the Grouch.

I’m talkin’ ’bout this one (who happens to NOT be named in the ‘Most Famous Oscars in the World List.. WTF?!)

Literally pretend you are him.

Every verb, adjective, & noun that you utter.. needs to be from Grouch’s point of view.‬

‪Go ahead and immerse yourself into the character now.

That’s how the big-timers do it, you know.

I even read that Benedict Cumberbatch’s does it, in his latest, and maybe even took it to the extreme..

Climb right into that trash can, I say, if you need (though it’s got to be fully human-sized, which will be a hard find).

If you wanna REALLY get into character, though, you gotta grab some banana peels or other slimy junk that’s been laying around for a while and throw that stuff right over your head.

It’ll get you, you know, more into character.

Get you in a truly foul mood.

Note: to really kick your ‘Mad Lib’ game up a notch – and compete for head-of-the-class – be sure to throw in some gasp-worthy bodily functions.

I’m telling you, the process is easy-peasy.

The whole garbage thing may take some “getting used to”, but hey, you gotta sacrifice a little to really excel in life, you know what I mean?

‪With winning words like these, flowing effortlessly out of that heavily-immersed potty-mouth, you too can earn “Best Mad Libber” status in no time.

And the little ones don’t even need to know that you heard it here. Just take the credit and go.

How to Earn the Title “Best Mad Libber”

How I Earned the Title of "Bets Mad-Libber" and How You Can, Too.
PrevPrevious
NextNext