In With A Cough, Out With a Credit Card & Coffee 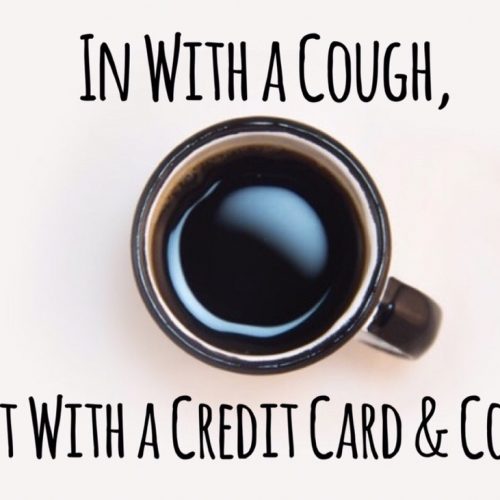 Back in the grueling training days of my residency – read another story from those days, involving an extra stubborn patient – I was the first-hand victim of theft.

Not the kind from the big screen, where you’re held up at gunpoint, or the kind where your belongings get ransacked. It was worse, at least in the way that it made me feel. I had my handbag stolen from me, and right from its usual resting place on the shelf near my work desk- by none other than one of my day’s patients, who I had warmly tended to earlier that very afternoon.

It had been a typical day in the outpatient clinic of Albert Einstein’s Montefiore division in the Bronx, seeing patient after unwell patient, full of bountiful ailments. Hypertension- in and out. A pap smear. A cough, then another cough, and then, yet another. Diabetes, followed-up, complete with monofilament exam. A daughter concerned about her aging mother’s memory. The sniffles.
As part of the training – customary in every day’s ritual – there needed to be a signature placed on my work by the doctors in charge, approving my plan of action. I’d excuse myself from the exam area, walk across the clinic to a separate section entirely, and wait patiently to present each case. That afternoon, I breezed through it all, and felt like quite the superstar. Until I reached out for my bag.

But alas, it wasn’t there. It had – *poof* – disappeared into thin air.

At first, I felt confused, and searched for it around the room. It seemed like an impossibility that my bag would just go missing. So I kept up an effort, looking around.
It was futile. The more I searched, the more desperate I became, and even more so – suspicious. I knew where I had left it – I had always left it there, since the start of my residency training, and every single day thereafter. It became reflexive at that point, to retrieve it at day’s end.
It took a solid 15 minutes until the truth finally dawned on me, and it was really rough when it did.

Someone had stolen it. The nerve!

Who did it? The pap smear? The diabetic? One of the coughs – and if was, had it been the emphysematous cough or the allergic one? Who was responsible for stealing my bag?
I can’t begin to describe how it felt. But I will. ‘Taken advantage of’ is a start, to say the least. Knowing I had put in those hours, giving that afternoon’s patients my all: from holding their hands to peering into this crevice and that, to laughing things off when they coughed into my face – you know, to put them at ease and loosen any tension in the air it may have caused. They were the relationships I was fostering, and ones that I considered with seriousness – namely, the patient-physician collaborations.

But wait! The harsh reality was that it had not only been stolen, but done so at the hands of my very own patient, and at the very same encounter in which they had been treated.

Someone clearly didn’t deserve my trust. Or maybe I was the idiot for leaving my bag lying around.

So what is a physician to do? As I scanned through the names I had seen earlier in the day, I tried picturing the guilty party. Who had looked suspicious, maybe out of place, during our encounter? Who had exploited the bond we created, when I got up close to their skin, looking for clues I needed, to solve their medical mystery?
I tell you, it would have been easier to land a pointer finger on a random name on that list- that’s how difficult it was to pick out the culprit. I considered, for a moment, their desperation- that someone needed my handbag enough to disrespect the sacred temple of secret exchange, and at that moment, I imagined using a ‘digit other than the pointer‘ to express exactly how it felt.
But then I visualized them going through my things – and I cringed. They’d find my cash. What would they purchase with it? Cough drops? Mucinex? Oh, how I hoped they’d chose the Cold & Sinus version, though – they really did need it. I day-dreamed of clearing their cough – the expectorant working its magic down deep in their throat. But then it was back to my wallet. My driver’s license and 5 by 3 of my son – where would those end? I also wondered if they’d use the gift card to Sephora I had received, and just the month before. Dammit, I should have used it when I had the chance! Would they purchase the latest in eyeshadow palettes from Urban Decay, or – and this is where I really lost it – that coffee card I had been working on so hard to complete, with just two more punches until the coveted free one. How could they have done this to me?
I considered calling them – each one of them a suspect in my own imaginary trial. I was judge, jury, and even angry plaintiff. It was, after all, a betrayal of the worst kind. I played out in my head a scene where I’d give them each a chance- confess or we turn to video footage. Which was, of course, complete nonsense- a figment of my own sleep-deprived imagination.

But it didn’t matter that it wasn’t feasible, so I went along with it – or at least allowed several fantasy-laden moments of this scenario to fester in my head. It would have felt so good to claim it on the phone – a great detective, hard at work. We’ve got the proof, now turn in the goods, and I won’t go to the cops, I would say, reflex hammer in hand (and I realize this is a phone call but theatrics add so much). That momentary pleasure of palpable fright on the other end of the line, as the guilty party gulps in their fear, would have made for a vengeful ending – and they’d never know it was false.
But that’s where it ended – I chose to abruptly halt my Sherlock Holmes antics. Because none of it mattered. None.
The fact was, someone needed to steal and didn’t find it beneath them to do it from their very own doctor. What a bad spot to have been in. And with that thought in mind, I marched my handbag-less self back to my dorm. There, I tucked in my most valuable possession of them all – my son – and cuddled up warmly against the other – my husband – thanking the lucky stars for the things that I still had.
-Dr. Corriel 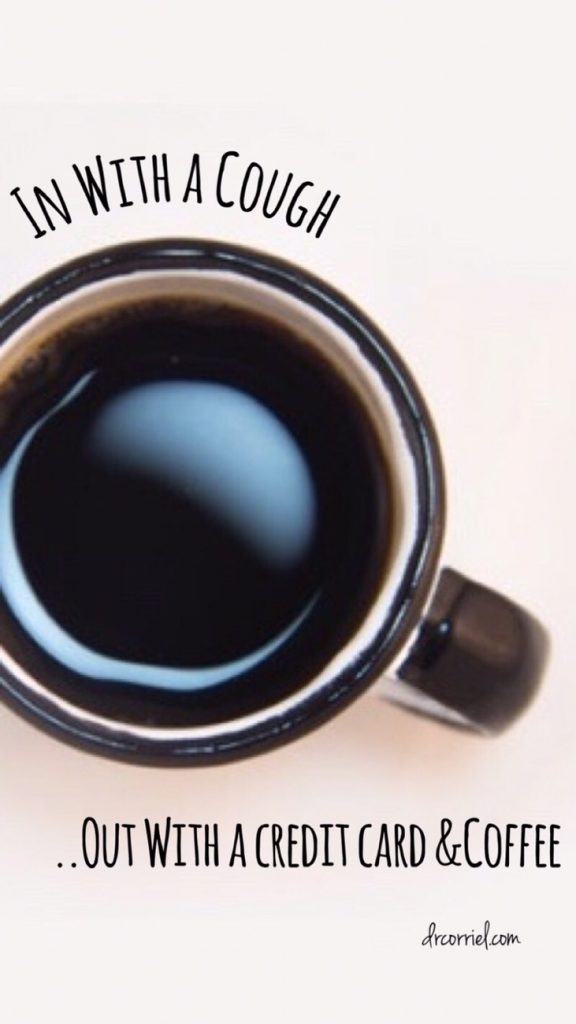