(straight from the source!)

Those are always the words that greet me, along with that bashful smile I’ve grown to love, when I reunite with my children after a sleepaway’s time apart.

They were delivered to me, once again, during the mid-morning hours of a warm July Friday. We were in Rhode Island, there to pick up our sons from their second (and third) annual summers away, at the John Hopkins Center for Talented Youth summer program.

What is it, you ask?

For those of you not in the know, this is a nonprofit that’s been in existence since 1979 and a program you can read more about, and at length, here in this link.

In a nutshell, kids take a qualifying test in order to apply and, once they pass the required score, have the ability to enroll either in one semester, or two. Classes are typically held on a university campus, and the program is a sleepaway, so they sleep there, at the dorm, in a similar fashion to when I was a university student.

The program will cost you a pretty penny, setting you back somewhere in the range of $5000 per semester, per child. But what summer program these days – a sleepaway especially – doesn’t? 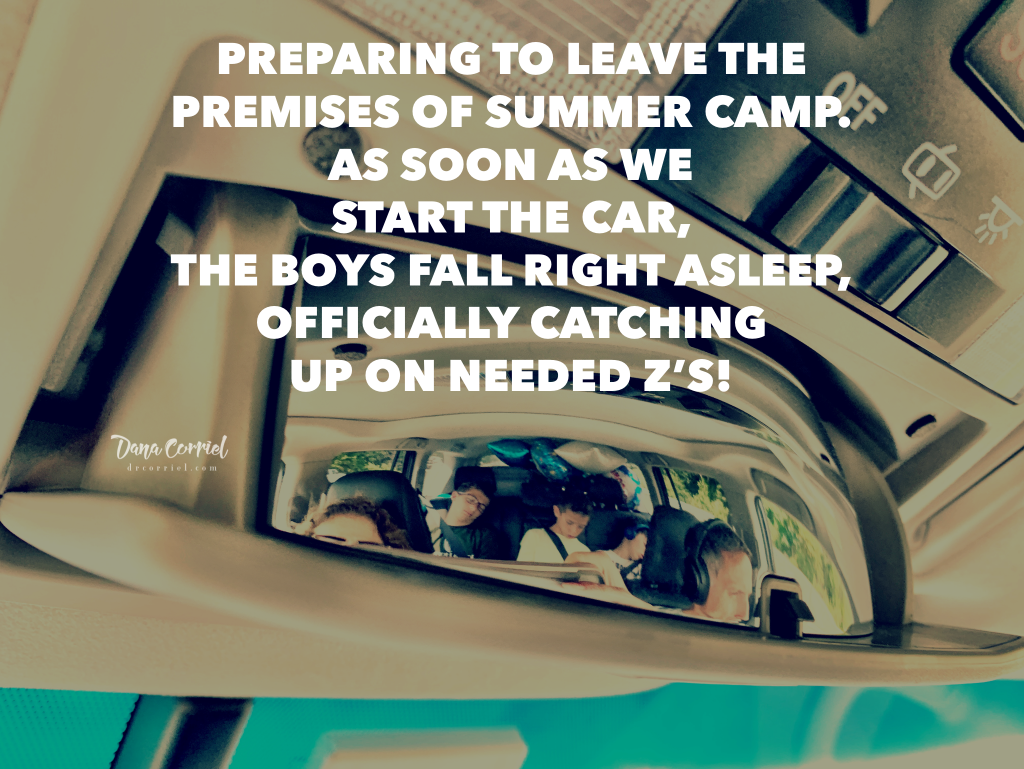 He was all settled in, by the time I decided to type this out.

So we sat down – my 12-year old son and I – for a one-on-one interview, at a Starbucks not far from our house. He sipped on his iced caramel frappuccino, decaf, while I slowly nursed my Pike’s Peak blend.

“Everyone asks about the program,” I told him, as he held on to his forehead in a motion that meant brain-freeze. Severity questionable because he was still able to speak.

“I know!” I told him. “Let’s share your experience in the form of an interview. So many people have asked how it was.”

After getting his permission to share with the world, I cleared my throat and organized my thoughts. Then, I dove right in. 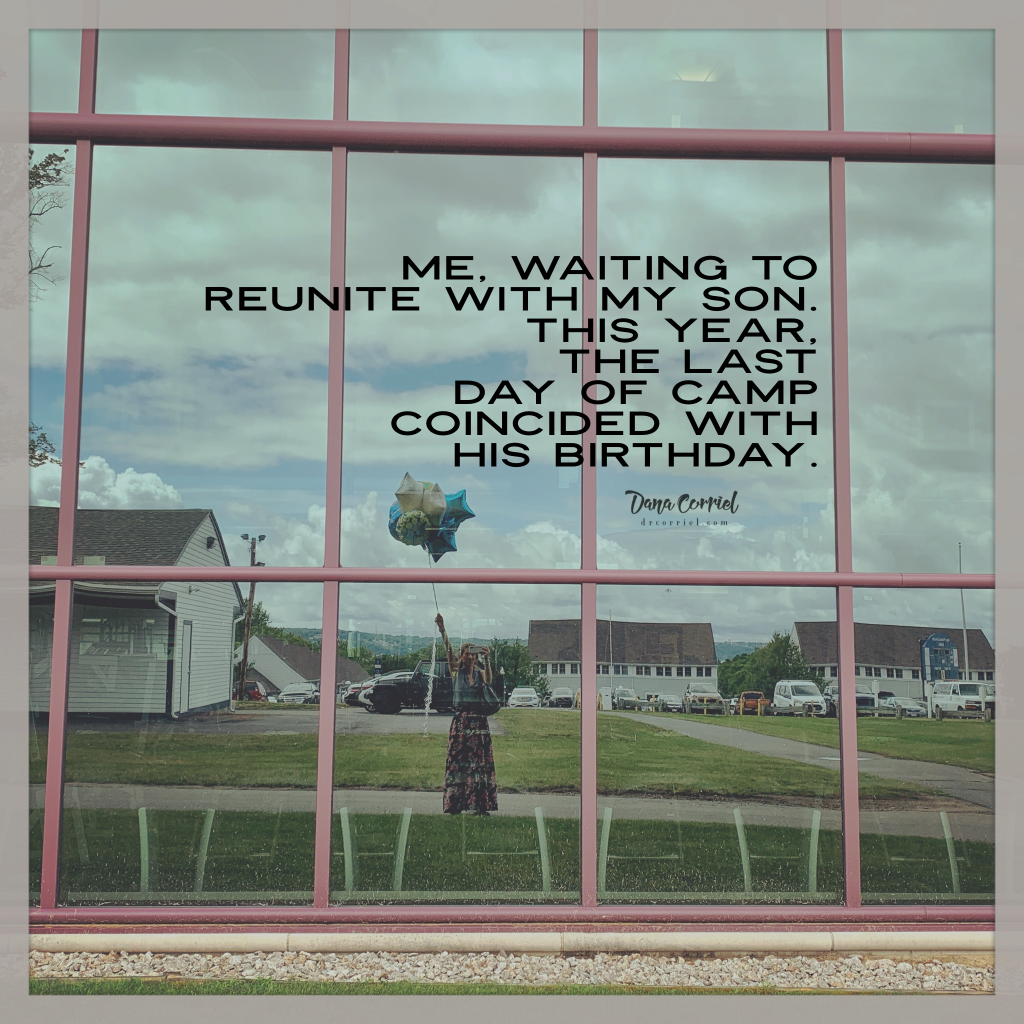 The following is a transcript of our exchange.

(With mom’s commentary in between)

It’s pretty much word-for-word. Edited a tad to make it easier to read.

Me: What did you think of the experience overall?

Me: Were you forced to go to this camp?

Me: So what made you go?

Him: I wanted to. I went there last year and I knew it was fun. (He took a Robotics class)

Me: Why did you go last year, out of the blue?

Him: Because my older brother went the year before and said it was fun. (It was his brother’s 3rd this time around – stay tuned for THAT interview; a teen’s take on CTY)

Me: Oooh, should I interview your brother about it?

Him: Because you’ll need it. He’ll leave after 10 minutes (brother is a teenager so spot on).

Me: Were you scared to go away this summer?

Me: Did it make you feel better that you were already there last year?

Me: Can you elaborate?

Him: I know what it’s like to be there so it’s easier. (It does, indeed get easier. Plus, the kids can chat with their parents while away at this camp. It helps.)

Me: How long was it?

Him: About 3 weeks per session.

Me: Where did you sleep?

Me: How many roommates did everyone have?

Him: One. But you could have sleepovers on weekends.

Me: What kinds of things did you do?

Me: What activities other than academics are there?

Him: Soccer. Basketball. Field games like ‘What Time is it, Mr. Fox?’ (we tried to get into the specifics of the game, to share here, but it made no sense and we gave up). Four Square. Cloud watching. Play card games. You could do anything, really.

Me: On weekends, what did you do?

Him: You get free time on weekends and you can do what you want. You could go to someone else’s dorm. Read. Play with your phone. Talk to friends.

(there also appeared to be a game called ‘Everybody’s it’. I asked him about it. It’s basically tag, except everyone’s it. If you tag someone, they sit down. They’re out until someone else tags YOU. I thought it would be fun to share. An added little bonus.)

Me: What subject did you study this summer, at camp?

Him: You know what I studied. But ‘Physics of Engineering’.

Me: What did you do in the class?

Him: I took notes on physics and built 2-3 projects per day.

Me: What kinds of projects did you make?

Him: We made: (a list of what he recalled making follows, with some specifics included)

Roller coaster: made of foam tubing and hot glue. We then dropped a marble down it. Whoever’s could actually make it into a soft landing in 3 tries, wins. No one was successful on this one.

A bridge: wooden and glue. We had to make it hold the most weight, with buckets held up by string, filled with sand. Sand kept getting put in until the bucket fell.

A buoy: plastic cup, pipe cleaners, and play-dough. We had to make it so that only 10% was out of the water. Everyone tied on this one.

Egg drop: Materials were 6 straws, 6 popsicle sticks, 2 cups, and 2 pieces of paper. You had to make something to protect the egg from cracking when dropped from 2nd floor. If it didn’t crack, you needed to release it from the 3rd floor.

Boat 1: tin foil. We needed to make it hold the most weight by putting stuff on it while it was in water. Had to hold the most coins while on water.

Boat 2: water bottle, balloon, tin foil. We had to make it move the fastest. The blown-up balloon was put through plastic tubing tubing and the air needed to push the boat.

Circuits: like a nightlight, which I made of a dinosaur.

Bottle rocket: made of water bottle, tin foil, and cardboard. We blasted them all. Whoever’s went the highest won.

Mouse-trap car: made of wood and powered by mousetrap. We tried to get it as far as we could.

Catapult: it was powered by a string and rubber band. We had to hit a target with a piece of tin foil.

House: made of cardboard box, paper, cotton balls, popsicle sticks, glue, tape. We had to build it like the inside of a home and we had to ensure it was rain-proof and earthquake-proof. 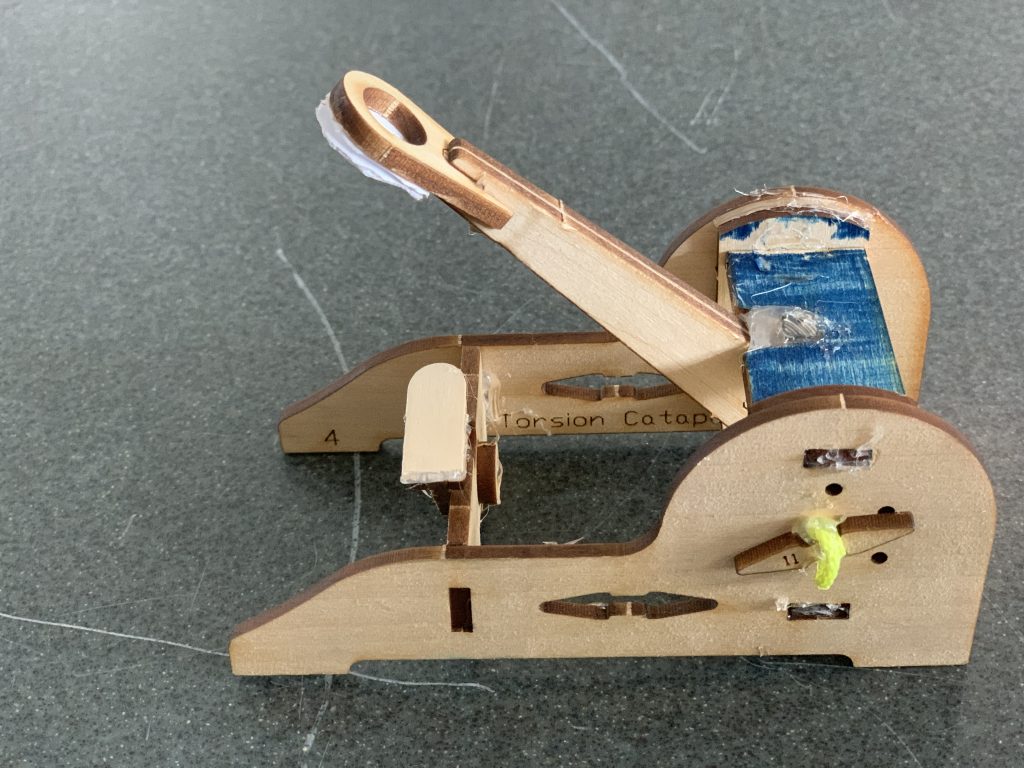 Me: How do you make something earthquake proof?

Him: You could put wheels on the bottom so that it doesn’t fall, but instead moves back and forth. We saw a video on it that was cool. (my son couldn’t find it on google but thought this video was pretty close). You can also put extra weight on the top of a building so that it doesn’t move as much.

Me: Did you miss home?

Him: Yes. But it made it better to FaceTime with my parents, otherwise known as you. (Oh, it made it SO much better. I can attest to that.)

Me: Are you able to communicate with your parents anytime while there?

Him: No. Only during free time.

Me: How often do you get free time?

Him: It depends. Every night we have ‘hall meetings’ and it depends how long they take. We have free time until 9:30 when we go to sleep.

Me: How often do u get free time? Him: It depends. Every night we have 'hall meetings' & it depends how long they take.. (an interview w/my son on the John Hopkins #summer experience) Click To Tweet

Me: Are they strict about bedtime?

Him: It depends which RA you have. But yeah, they are.

Me: Did you ever sneak stay-up-late?

Him: Well, my and my roommate talked sometimes past bedtime, but otherwise no.

Me: Would you recommend it?

Him: Yes. It was educational while being fun.

Me: Are you keeping in touch with friends you made?

Me: Any other interesting thing to share about the experience?

Him: No, not really.

Well, there you have it; a one-on-one with my own CTY summer camp graduate. I’m thankful he agreed to share his experience with you all, and I hope that you, in turn, enjoyed hearing what he had to say. For the second part of the CTY experience – an interview with his older brother – stay tuned for another post. 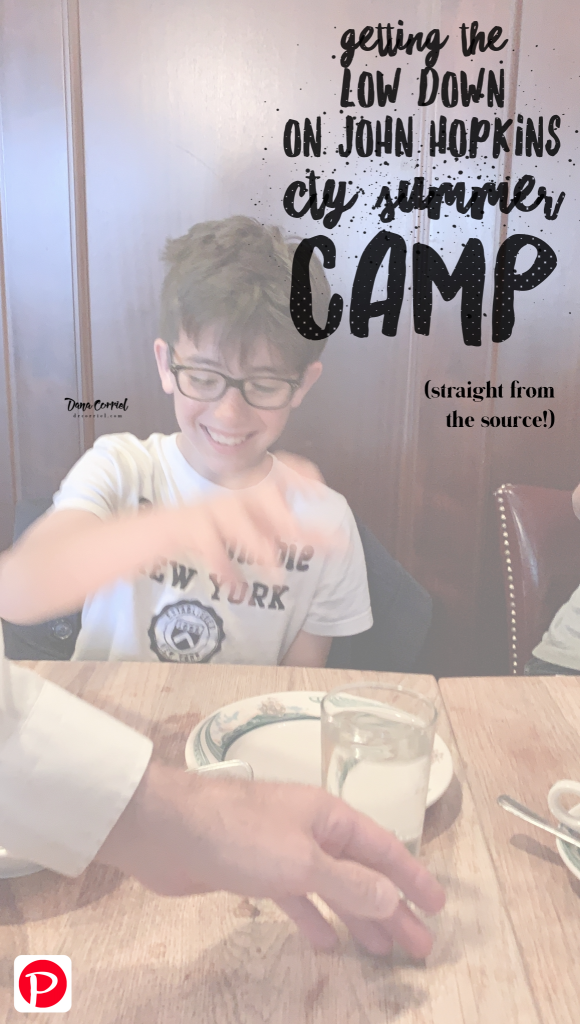 Getting the Low Down on Johns Hopkins CTY Summer Camp