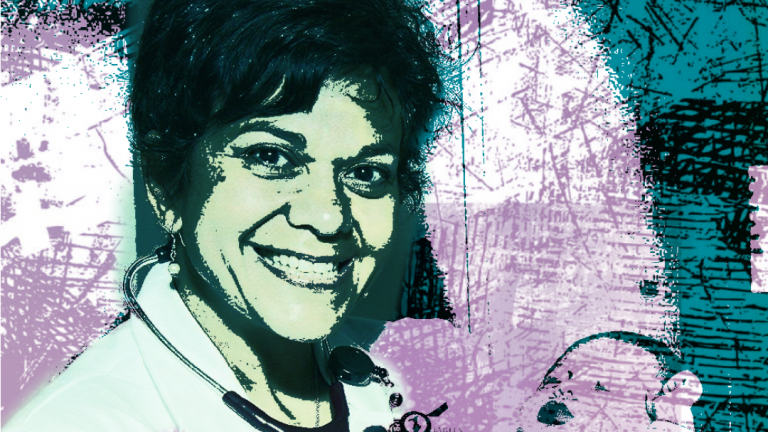 I was asked by the amazing Dr. Dana Corriel to document how I find happiness, tackle innovation OR stay resilient.

For me, all three are simultaneously interconnected. I am at my happiest when I tackle innovation, and this, in turn, makes me a resilient human being.

I am convinced I was one of those lucky human beings that was “born happy.” Even as a young infant, I reportedly had a content, pleasant “glass half full” type of personality. A teenage Dominican mother, a much older, immigrant Cuban workaholic father (neither of whom spoke a lick of English), a divorce when I was 9 months old, and being raised in upper Harlem by elderly grandparents and my dad in the early 1960s did not make me any less happy.  I rolled with the punches, and always gravitated to the rainbows that followed the storm. When I was carted off to live with my paternal aunt and her husband and their 1-year-old daughter when I was 4 years old, I made the best of it. I figured out early that it wasn’t a weekend visit when I saw all of my bags and clothes being loaded into the car, and I quickly realized that I could “become someone” because of the upbringing they could give me.

I am a pediatrician by training, and it is no mistake that the work of my hero and mentor, Dr. T. Berry Brazelton, resonated with me from the time I first learned of him in my Psych 101 course (taught by the famous social psychologist Jim Maas) as a freshman at Cornell. Infants are BORN with complex personalities, and it is up to the adults to figure out how to adapt to THEM.  My advisor thought I was crazy to switch from the much harder, academically rigorous College of Arts and Sciences to the then “fluffy” College of Human Ecology. It was difficult to get accepted to Arts and Sciences at Cornell, and I had gotten in as a pre-med Biology major. He said I was foolish to transfer.

But I wasn’t happy as a Biology major. I did not get the grades I was used to. I felt “less than.” I hated the cut-throat competitive environment. I knew I was smart but didn’t like having to prove it on a daily basis. My happiness meter was trending towards empty. I needed to change that.

My personality and soul naturally crave happiness. I instinctively gravitate towards it.  I found my happiness in that Psychology class and soon learned that there was a major called Human Development and Family Studies in the College of Human Ecology.  So I did what no one did in those days, I stayed a pre-med major but transferred to a College within Cornell that was famous for producing psychologists, nutritionists, and interior decorators. I was one of their first undergraduates to be accepted to Medical School (Cornell), early admission no less.

I was a trail-blazer back then, and I have not stopped looking for the novel, innovative alternative as I have maneuvered through adulthood and my career. I am the definition of resilience. I take a bad situation and make it into a positive one, and I constantly re-define “normal.”

In the past few years, I found my happiness slowly being leaked from my personality, much like a balloon slowly loses its air after being buoyantly filled with helium. I have always LOVED being a doctor. But within the last decade, as  Medicine has become increasingly occupied by an ever-growing number of administrators and bean-counters (who did nothing but interfere with the excellent care that I was giving), I knew that I needed to do something different.

Much to the chagrin of my family and colleagues I voluntarily resigned from an insanely high-paying employed position to become a master of my own destiny.  Although I have to hustle every day of my life to make ends meet, I am whole again. I am happy.

Marlene Wust Smith is a pediatrician who now focuses on her new project, a magazine for physicians.

Note: this article will be coming out, in its entirety, in the Voices section of the SoMeDocs website, as it had to be cut shirt for this particular project. Stay tuned and subscribe!