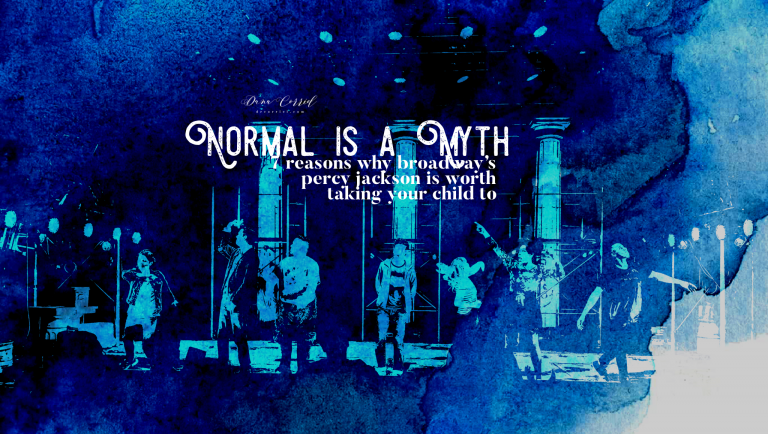 It’s not every day

that a line from a Broadway show – a children’s one, no less! – hits you on the side of the head like a jolt from the tip of Poseidon’s wrath.

Yet this one did. Really hard.

You see, I took my children to see The Lightening Thief, on NYC’s Broadway stage, and was amazed at what we saw.

The messages were powerful,

the staging was fab, and the content was really well done.

I LOL’ed, in fact, on numerous occasions (I don’t typically use LOL but I’m trying – really, really hard lately – to fit in with the ‘hip’ little ones).

The younger generation seated next to me were themselves mesmerized, mouths agape in awe. .

I mean, when you find your son covered in toilet paper, not even having gotten up from his seat, you KNOW that the kids are in heaven (pun intended). 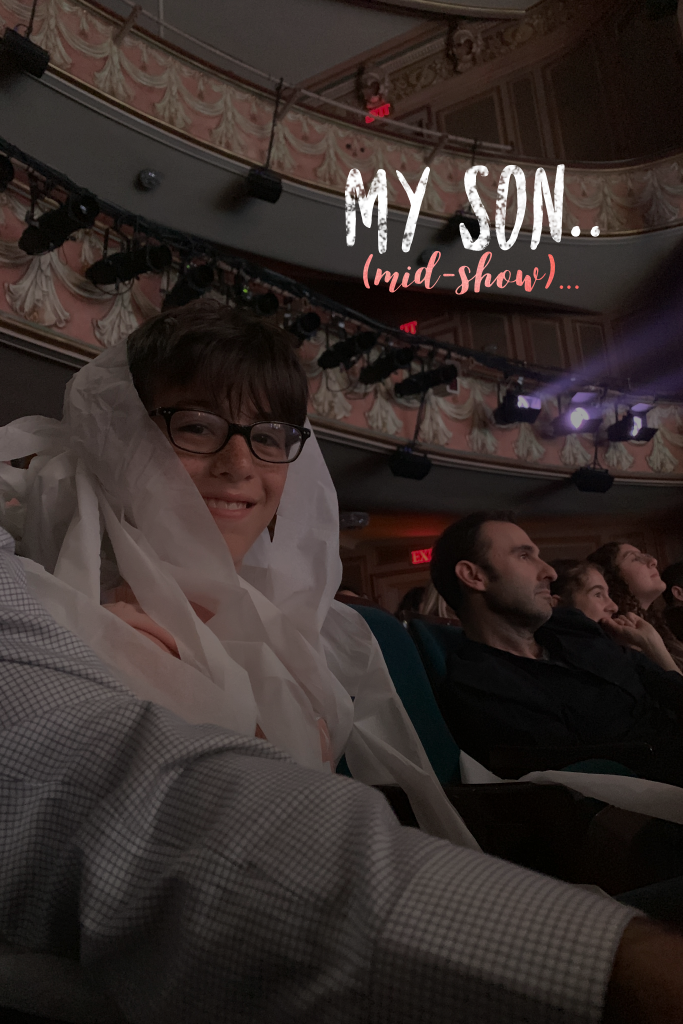 If u want to catch a fabulous #NYC Broadway show w/your #family, this is it! W/a repeating mantra that teaches: 'normal is a myth', how could it go wrong? B/c being YOU is a-ok! Click To Tweet

1. The show touches on the fact that dyslexia and ADHD are not ‘abnormal’

They are just different.

2. Reminds us – repeatedly – that women are strong

The daughter of Athena, one of the main characters, touts not only her wisdom, but also her strength. She exemplifies the strong woman of today (many of whom were sitting, in younger versions, among the audience crowd), and that message is consistently made, over and over again.

Even Dante’s hell, one of the settings of the show. You’ll really have to see it to get the reference. Or just know your Greek myth (is that slang? I feel like it could be, so I’m just going for it. But to those of you who aren’t hip, like me, I’m referring to mythology). The show is educational because of this very fact – weaving in and out of the pages of Greek mythology.

For a child-themed show, the monsters (and half-monsters) were incredible. The effects were just as cool, including several sequences in slow-mo, visually fascinating fighting scenes, and clever dialogue that sometimes shot right past the kids’ heads (and caused the adults to laugh in their place..)

5. Conveys the message I like to always remind my boys: that life isn’t always fair

There isn’t more to this one than what it is at face-value.

6. Focuses on parents that are ‘busy fighting the universe’ (as gods)

In the play, the God-parents aren’t there for their children because of the important roles they play.

Regardless of the fact that this is a fictitious world, the lesson is still learned, and has relevance for many children in the real world. This is especially true for those with parents who have busy careers, or hold other positions that render them “less present”. Or simply those who just don’t have parents that are around, for whatever reason.

The positive message here is that, despite parental absence, children can still grow up to be resilient. Not everyone has the same amount of support, and that’s ok.

7. Repeated the mantra that ‘normal is a myth’

Best part of it all, for me.

We are all different! There is no ‘normal’. Being YOU is a-ok!

Immediately following the show, we grabbed a quick dinner at one of our favorite NYC dumpling hot spots; a hole in the wall where the dive itself is deceiving, but in no way represents the yumminess factor of the food served inside. 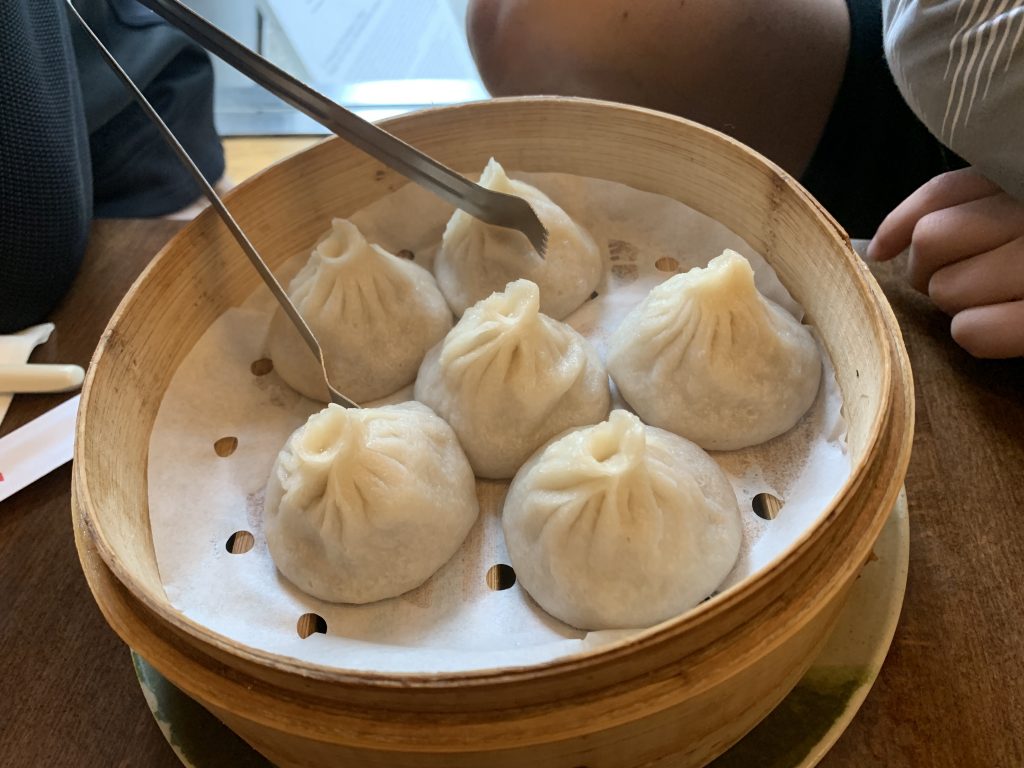 Read about it soon! 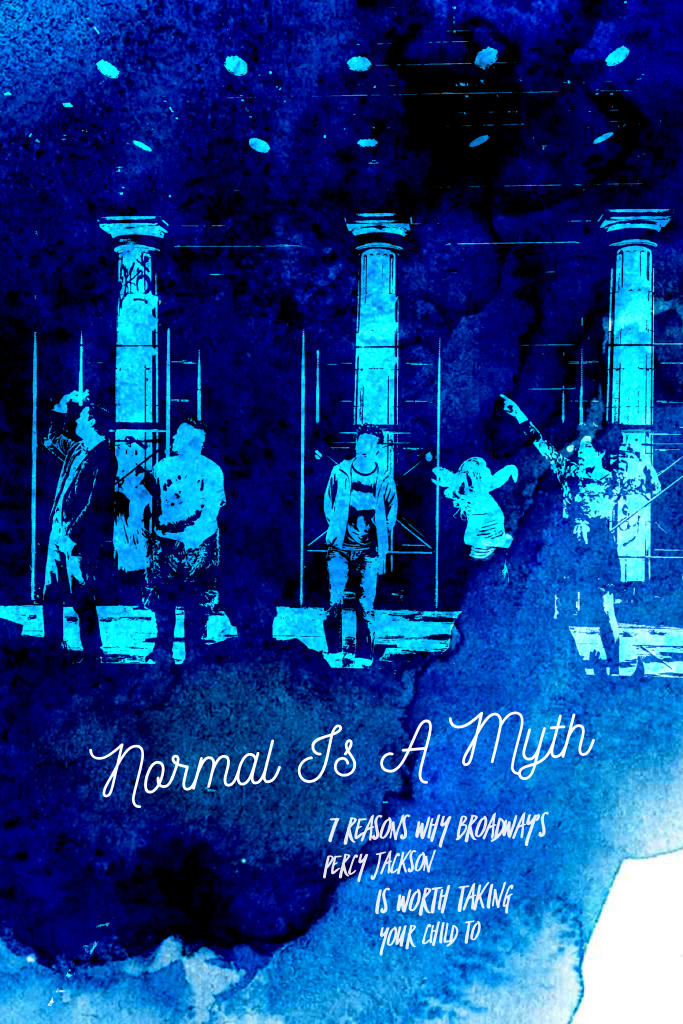 Normal is a Myth: 7 Reasons Why Broadway’s Percy Jackson is Worth Taking Your Child To