Your Doctor May Need Lessons from the Local Used Car Salesman 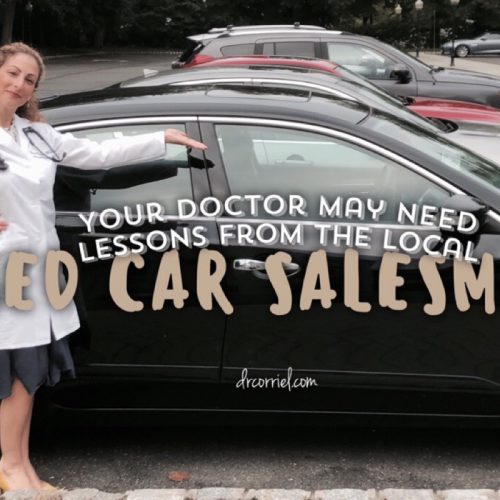 (The Importance of Preventive Medicine)

The other day I felt like a used car salesman.

I was carefully phrasing my words, picking out just the right ones – the kind that really pack a punch – and delivering them at the right moment, with the perfect momentum. I was trying to make a sale.

Now, my cadence happened to be spot on, as I approached the finish line – the part where I get to package it all up. At least I thought I was. But as I wrapped things up, scanning the room for reaction, all I heard was.. crickets.

I was simply spreading the importance of long-term health and preventive care medicine. To healthy people.

Now let’s get something straight: when you’re addressing healthy individuals, it isn’t easy convincing them that they may get sick. It’s like trying to ‘sell ice to an eskimo’. They already have it, so why should they care! 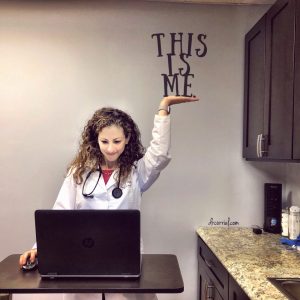 I completely, 100% get where they’re coming from, and yet, it’s my job to make a difference (the so-called ‘sale’). I’m your local primary care doctor, you see, and I dream of helping everyone lead a healthier life. To prevent disease before it strikes. To keep healthy people healthy. I’m the one selling ice to the Eskimo.

Why do I necessarily need to make that sale? Because not everyone realizes how vulnerable their bodies can be. Or the strength of their genes and what they pass down that puts us at risk. Or the screens they need to go through, at certain ages and with certain risk factors.

We can’t see inside our skin, or necessarily know the circumstances within the blood flowing through our veins.

Making lifestyle modifications before bad things happen is called preventive medicine, and I endorse it. Because to see the changes patients can make BEFORE anything bad really happens is probably the most rewarding part of primary care, as I know it.

Don’t get me wrong. I don’t always have to work so hard to make a successful sale.

I don’t have to sell my service because the elderly and the ill have already walked through those clinic doors, asking me for my help. How much convincing do I really need to make when someone is already sick?

But for us, it isn’t enough. We don’t settle there because it isn’t in our blood (and yes, I do intend the pun). Your primary care doctor lives and breathes to practice preventive medicine, because they know exactly what will happen if they don’t. 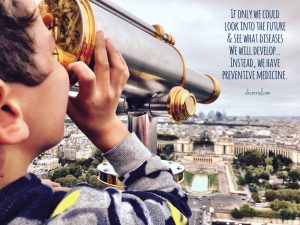 So basically, we’re salesmen. And boy, do we have our work cut out for us.

Yes, I’m referring to you – the person behind the computer screen, reading this now. You’re part of the young generation I’m trying to capture – the ones who are still in seemingly good health. I’m essentially trying to sell health to those of you who think they already have it.

The point here isn’t to put you down. Or to say that you take good health for granted. Because saying it would not be true. I think it’s safe to say that every single one of you appreciates your good health. Maybe without even realizing it.

But what I am willing to say out loud it that preventive medicine is an undervalued, underutilized tool, and that it’s key to our continued health. I’m willing to climb up on any stage I can find, in fact, or scream it aloud from the rooftops of the offices next to mine. Because I believe it.

Because too many times I see bad things happening too late. To good people. To those who don’t see it coming.

Too many times, we could have intervened. Could have made a difference, but didn’t.

So.. could I interest you in a annual physical exam visit? It will only take 45 minutes of your time..

#Preventive medicine is an undervalued, underutilized tool, and that it's key to our continued #health. @SoMeDocs Click To Tweet Making lifestyle modifications before bad things happen is called preventive #medicine, & I endorse it. To see the changes patients can make BEFORE anything bad happens is probably the most rewarding part of primary care. #twitternist Click To Tweet 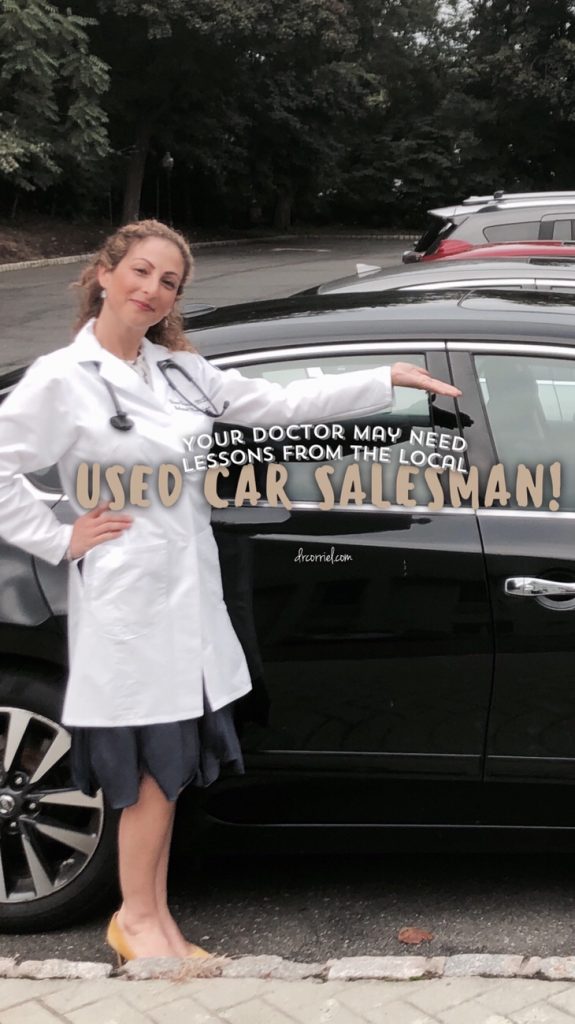