The Art of a Professional Selfie: Pushing Past Selfie-Anxiety 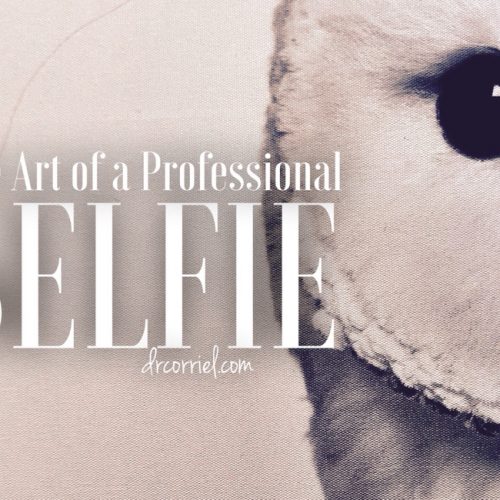 Are you comfortable with taking selfies? Maybe.

But are you comfortable posting them?

I’ll set my stance straight away, before delving into this topic any further.

I am not comfortable posting a selfie.

I consistently hold back – whether or not it’s because I’m a professional, and feel apprehensive about mixing these two concepts, is still to be determined.

Who Doesn’t Take Them?

It’s not that I haven’t taken one. I don’t think it’s plausible that there’s a human in existence, in today’s ‘me-revolution’, that has yet to flip their phone around and captured a moment of – *ahem* – well, self.

It’s just that I am both physically and emotionally uncomfortable with posting one.

I can’t even truly give a plausible explanation as to the why.

Why are so many of us uncomfortable posting them, and is there a scientific explanation these feelings?

I Searched for an Answer.

I decided to set out on an official search. And by official, we all know I ‘leafed through’ our trusted Google University encyclopedia files.

(Anyone remember encyclopedias? When those heavy compilations of concepts actually existed, and we had to use them to look things up? Back in the dinosaur age, when I was a youngen, we even looked for them at the library – by alphabetical order, can you picture that – and, upon finding the right one, sat there, finding appropriate sections to copy. Then we’d pack up our Hello Kitty binders and scurry out the door in our Z. Cavaricci’s and LA Gear high-tops. It was an 80’s thing.)

Here’s What I Found.

Let’s face it (pun intended): selfies may as well be facies. It feels that way, at least, when we take them.

This degree of closeness can feel quite unnatural, if not alarming, as we’re suddenly viewing ourselves from a different angle than we’re used to, and it makes us squirm. Or maybe because it’s just simply so, so close.

In fact, according to an article called “There’s A Scientific Reason for Why You Look Weird In Selfies” in Time magazine, the reasoning for our discomfort is as follows:

“We are used to identifying with our faces as they would appear in a mirror, but when we take a selfie, the camera captures our faces as strangers would see us from head on rather than we would see ourselves in a reflection. Emotionally unprepared to see our unsymmetrical faces tilting in a slightly different way, we sometimes approach selfies with confusion and disdain.”

Is that why we shudder when accidentally clicking that swivel button on our iPhones?

Or why it feels awkward to click on that Facebook Live feed and wonder who’s actually listening in on the other end? When all you really see is you? Talking to yourself?

I know it can’t just be me who feels this way, and I proved my hunch by researching this question further (Google has the patience of a saint, incidentally, though I truly can’t say the same for Siri), and was not surprised to land on a Vox article, updated recently, in which it stated:

“The American Academy of Facial Plastic and Reconstructive Surgeons has noticed the trend too. According to a 2017 poll, 55 percent of facial plastic surgeons reported seeing patients who wanted surgeries to help them look better in selfies, up from 13 percent in 2016.”

They’re here and they’re here to stay. I’ve tried to take this on, myself. I even zoomed out to include more than just my face. Not because I have to do it, but because it’s part of the thing-to-do these days and I’m, as a whole, trying to step out of my comfort zone and take part in the things that truly do no harm.

In fact, attempting a professionally-appropriate facie has been part of this process. It means stepping beyond the traditional sense of what a professional post typically looks like, and making it acceptable. I’ve done it in other facets of my life, thus far, by pushing past expectations of the world that surrounds me (for example, telling me not to write, or photograph, and – absolutely, positively – not to post). To use lingo from one of my child’s bedtime favorites, I would have definitely, absolutely, positively never have posted a selfie (from I Will Never Not Ever Eat a Tomato (Charlie and Lola)

Here’s what I found that may help to push us, not only in getting past professional selfie-anxiety, but in overcoming fears in general.

People who take selfies regularly were actually found to be much more confident! A study from UC Irvine, from 2016, showed:

“Researchers found that regularly snapping selfies and sharing the images with friends boosts people’s mood and ultimately makes them happier. The findings suggest that taking one selfie a day will improve your confidence and make you more comfortable with yourself.”

I know what you’re thinking. Who really cares. Focus on the more important aspects of life that makes you a better person, like kindness, compassion, and love. But it often starts here – with being open to new things. When we start to embrace the little, insignificant things in our lives, we feel more confident in taking on the bigger ones.

When you just can’t get yourself to do it, all you have to do is simply look to others who have.

Here are just a few of my fabulous physician colleagues, who not only selfie-it up, but do it without hesitation. Their selfies show serve to teach us all to push through our pre-conceived notions and take the world on, one facie at a time. Kudos, my friends. Keep on shining.

To me, this article is more than just what it appears on the surface. It’s more about taking on a challenge you may be uncomfortable with, whatever the reason may be. It’s about stepping out of the box, and doing something that you don’t feel comfortable doing, as silly as it may seem. To me, it’s more than just a selfie. It’s overcoming the unreasonable boundaries that need to be personally overcome. It’s about letting go of fear.

So here I go. Breathe in, breathe out. One, two three: 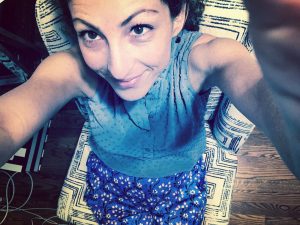 For your pinning consideration: 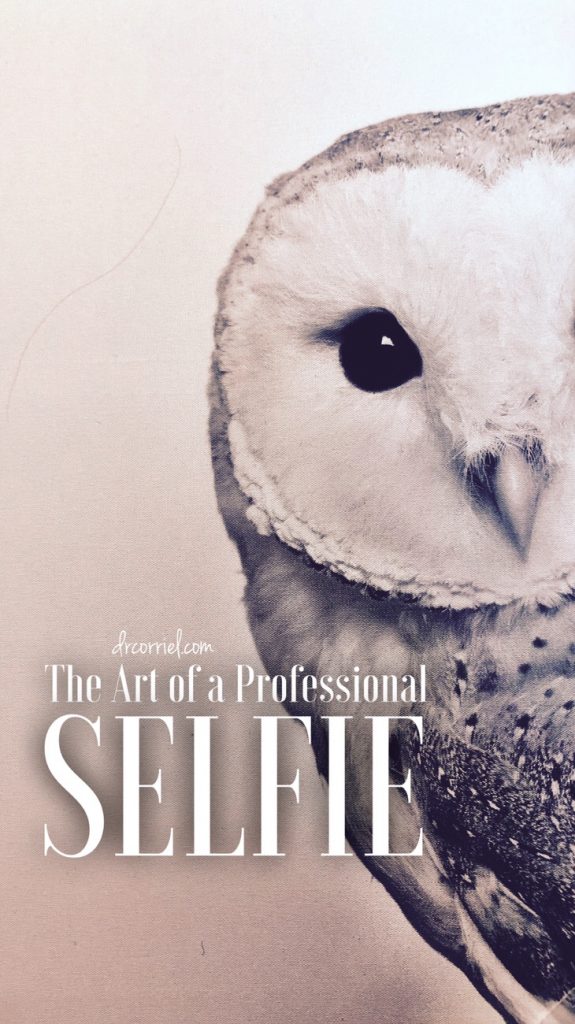