Should We Apologize on Social Media?

My attention was piqued when I saw Sarah Morajad ask about this on Twitter the other day.

For context, she’s someone whose conversations and viewpoints I respect in the space.

I don’t have to agree with every single one of the messages she tweets out (and I’m not even thinking of something I disagree with, just preventatively putting that disclaimer out there, to remind us all that humans are multi-faceted, and say many different things). It’s that she starts meaningful, necessary, and sometimes even difficult conversations.

I wish we all considered this: that we can respect others in the space despite not agreeing with EVERY single thing they say.

Mojarad, for instance, happens to have been at the brunt of some heavy social media pressures in the recent past.

Despite this fact, she held steadfast against resistance and pushed back with what she believed in.

Anyhoo, she asked this thought-provoker, on Twitter, screenshot below:

Here is what someone answered (and I very much appreciated her altruistic and kind approach): 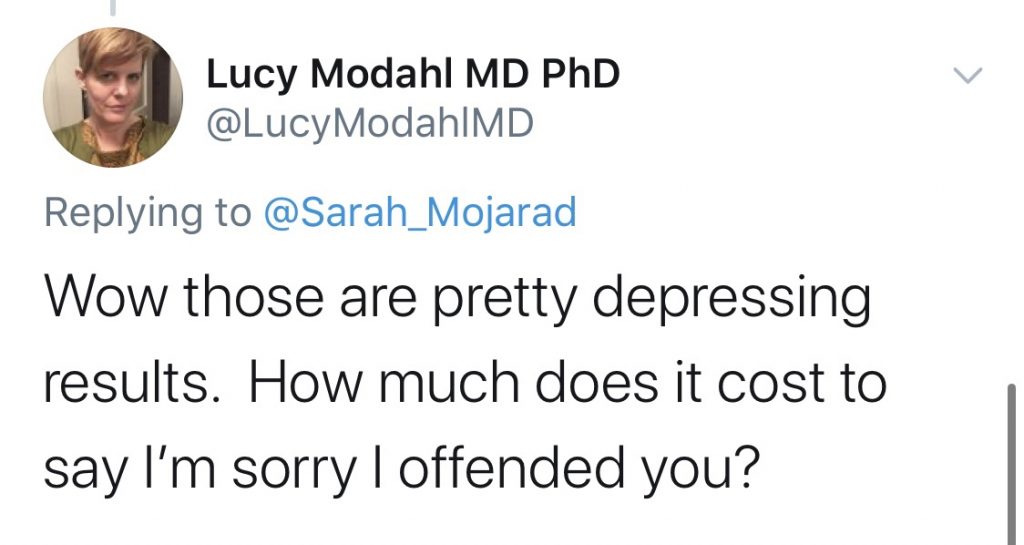 But here’s the thing:

“I’m sorry I offended you” isn’t truly an apology, some would say.

On twitter especially, one will get bashed for saying this.

I’ve seen it happen. Unless you clearly state it outright (and even then, you’re usually out), & even at times retract, you run the chance of getting cancelled. Even if what you say is still truth for you.‪

If it doesn’t align with a narrative, you must repent.‬

‪If it doesn’t align with a narrative, you must repent.‬

But in my opinion, you won’t win on Twitter, unless yours is aligned with the majority. That’s how I see it, at least.

The mob mentality is all too real, on Twitter esp. It is either the influencer way, or the highway.

If you tweet something perceived as one way, it could mean social-media-death. A mob pileup.

On social media these days, it is either the influencer way, or the highway. 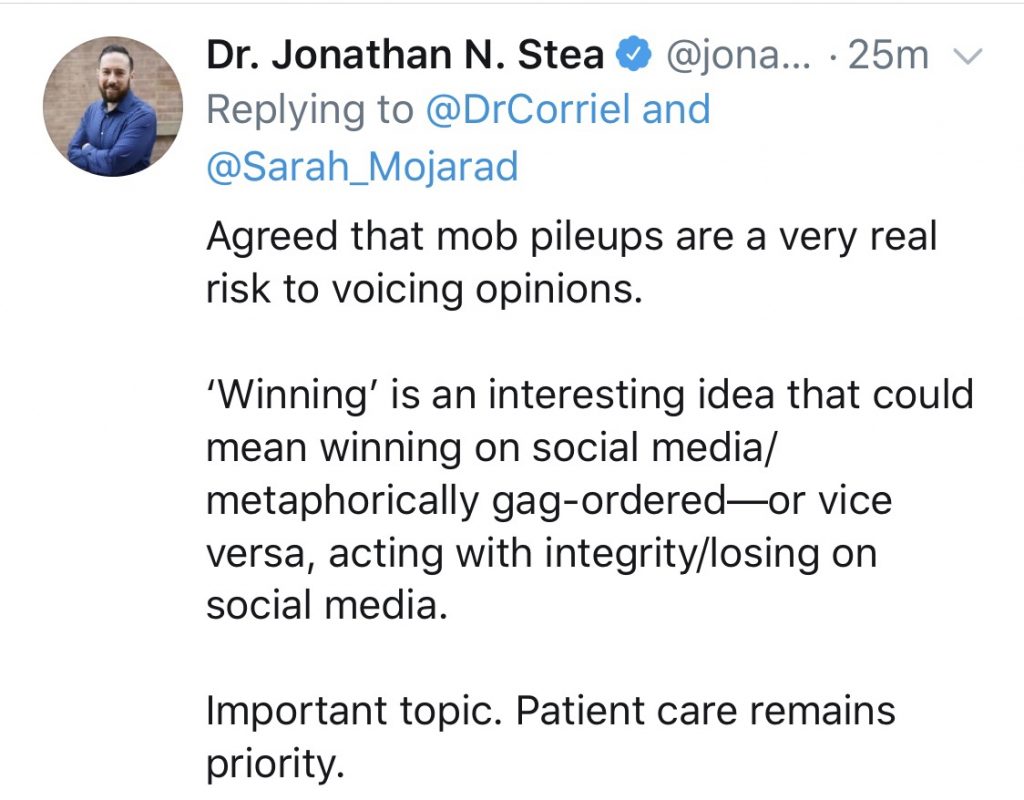 I really appreciated the way he framed it. Describes it to the T.

It is a struggle that’s all too real for so many today. And sadly, in today’s world of public recognition, most out there will settle on a Twitter-win.

To me, it’s a Black Mirror episode turned real life.

And it’s scary as hell. 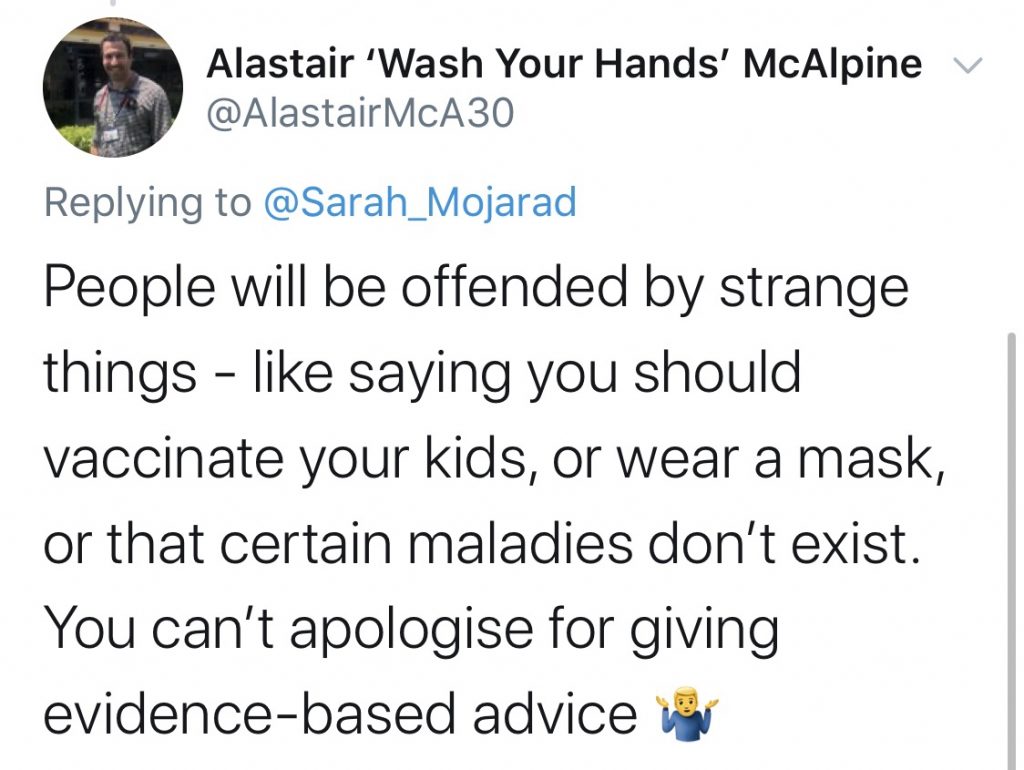 ‪This is a GREAT example of what I’m trying to say.‬

‪We sometimes mix together concepts when we consider what deserves an ‘apology’.‬

‪Apologizing for someone getting offended is one thing – we do this when we are just.. human. And when we’re kind; considerate of others’ feelings.

It is part of ‘cancel culture’ and it’s scary to me.‬

That’s it for now.

Oh, and for those of you curious how most people answered, are the results: 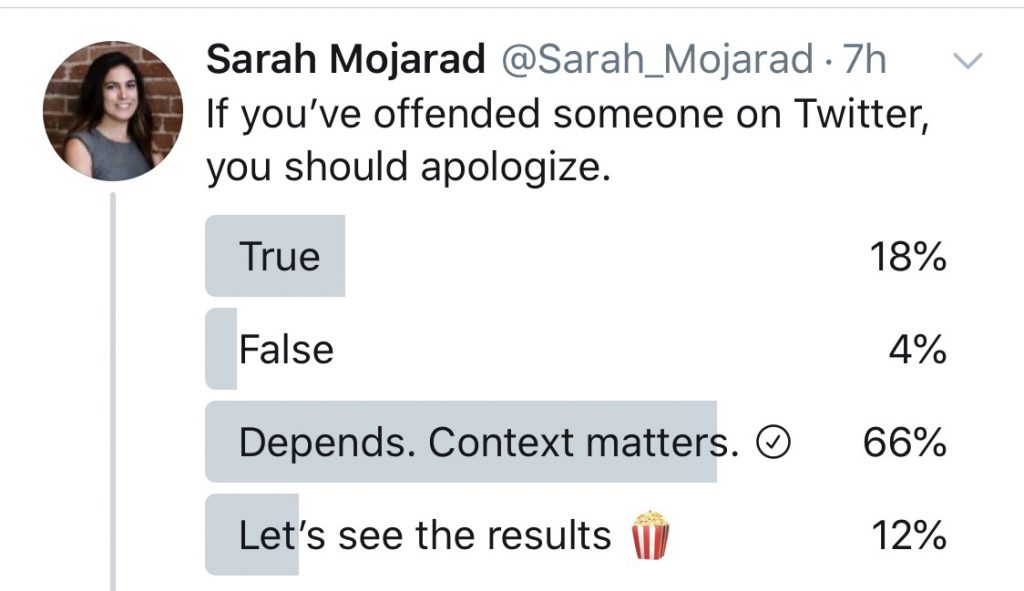 Should We Apologize on Social Media?

Should We Apologize on Social Media? And if we do, how should we do it?
PrevPrevious
NextNext