Take Two Double Standards and Call Me in the Morning 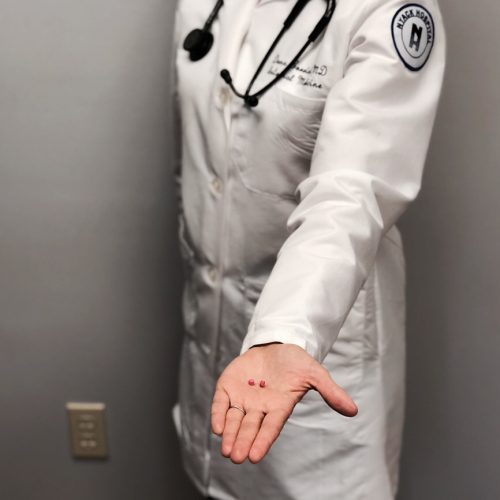 Are Doctors Held to Higher Standards?

I often ask myself just how ridiculous of a claim one can make on social media, and still have that claim go viral.

Could one, for example, get away with:

I’ve cured Ebola. All it takes is some humming and a sit-up?

Want to invest in my three-minute weight loss program? You’ll be size 2 by tomorrow?

I found magic crystals – put them in your pocket and the aging process will reverse?

to say anything these days. You can even get people to share that anything, spreading it faster than the wave at Yankees stadium, on a packed summer night.

All it takes, really, is just a keyboard or smartphone device, and some fingers that type.

You don’t even really need fingers, honestly, because voice recognition works, too.

And you don’t even really need a voice, for that matter, because technology-forward inventions like eye-tracking interfaces are taking communication to a whole new level these days.

Just take a look at the work of an old friend from UCLA, neurosurgeon Nader Pouratian, MD, whose work can be seen in this video and puts sci-fi sequences to shame. 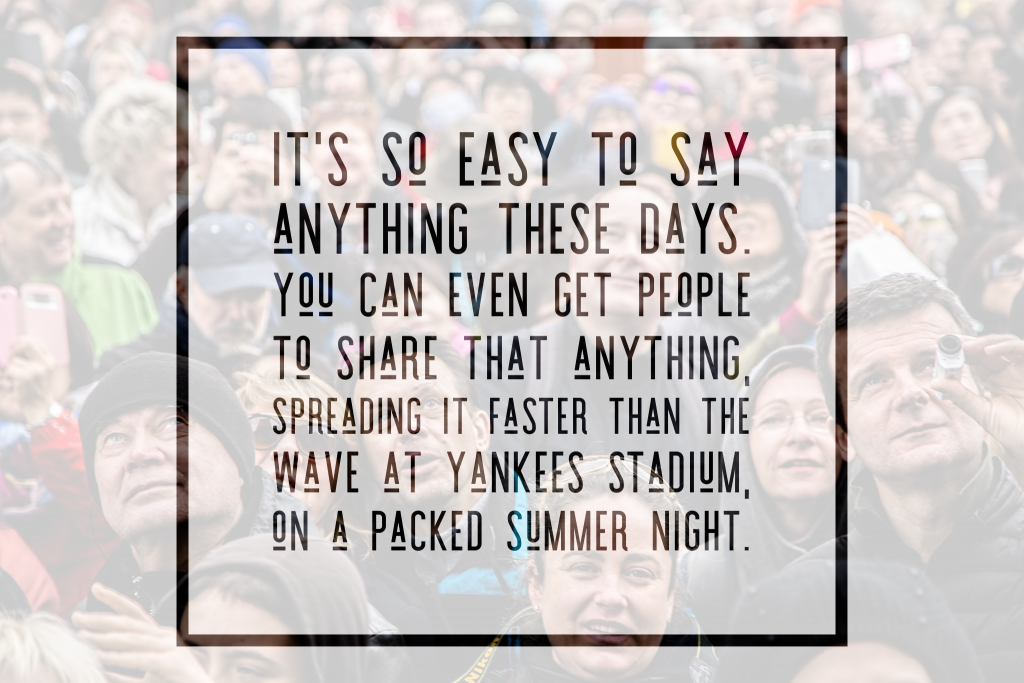 Because of the ease

with which unchecked, potentially-viral material is created, we’ve now reached a point where we need to be scared.

As information becomes more accessible, we are less able to decipher the differences between what’s real and what isn’t, in a virtual world in which we seem to do it all – speak, share, learn, make financial transactions – essentially living our lives.

Physicians are not immune.

The field of medicine is encountering a trending uptick in online-generated pseudoscientific beliefs.

They aren’t backed by evidence, but instead, are anecdotally birthed.

Stealthily sliding into our news feeds, these claims lay low, appearing rather harmless, but then somehow pounce into real life, squeezing in through our clinic doors.

I, for one, as a primary care physician, encounter them daily.

#Pseudoscience stealthily slides into our news feeds, laying low, appearing rather harmless, but then somehow pounces into real life, subsequently squeezing in through our clinic doors. @SoMeDocs Click To Tweet

Don’t get me wrong,

I take no issue with patient self-education.

In fact, I highly encourage it.

There’s nothing more reassuring to me than having my patients involved in their health.

This is true from both the prevention and the treatment end.

But what does frighten me is the amount of crap piled up on the internet, and our inability – because of a mix of good intentions & innocence – to pick up on what’s hypothesized versus what’s proven.

So what are doctors who see so much junk out there to do? Especially when they see the junk penetrating patients’ heads and then spewed with infectious veracity – regurgitated right there in the exam room – back onto the doctor’s lap? 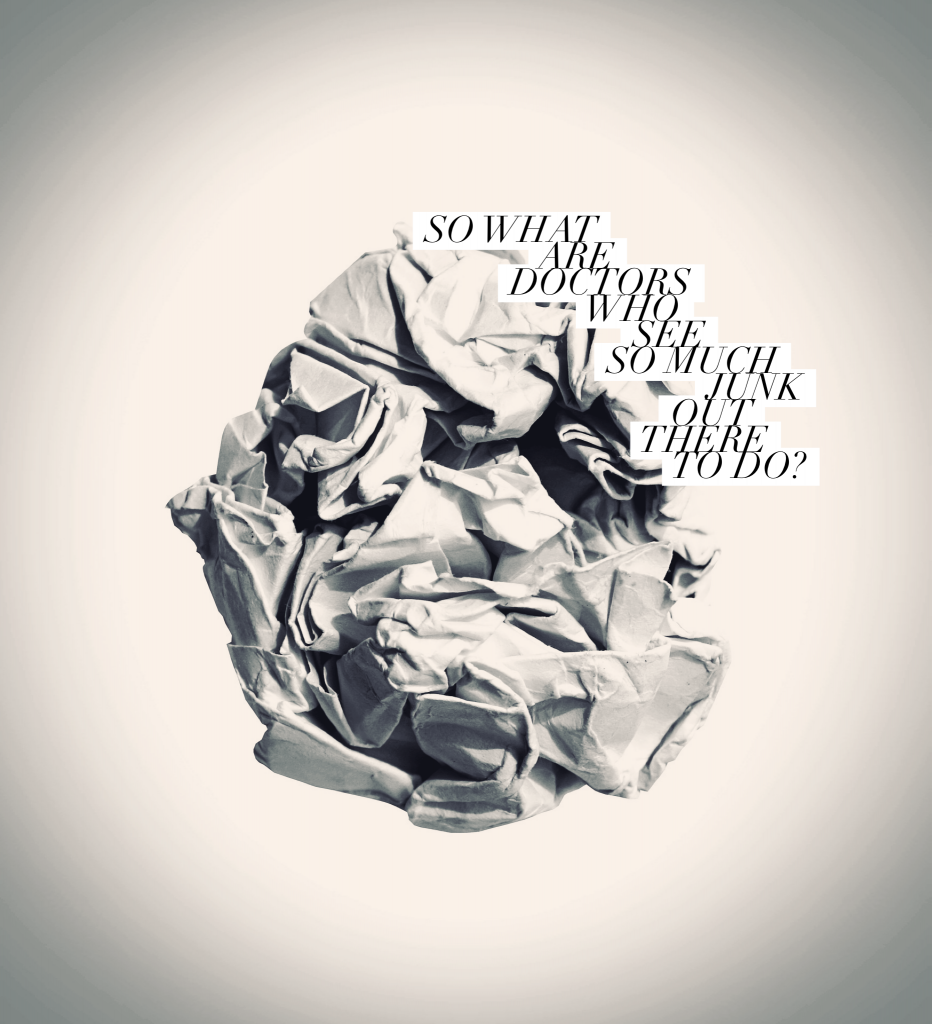 They start a mission, that’s what, and vow to get right smack dab into the middle of it all – down to the source of the pseudoscience itself.

we take to fighting that strange something in our neighborhood.

Except that we’re facing a much greater threat, in my opinion (I consider healthcare threats scarier than ghosts, personally).

We’ve banded together, calling ourselves SoMeDocs (SoMe being short for social media – you can read about who SoMeDocs are, here) – and set out to squash the BS.

While many of us, the collective SoMeDocs, lend our voices to evidence-based truths (trying our hardest to make a difference), we sometimes also encounter negative pushback.

is the traditional mindset of medicine, which dictates that the more vocal among us take a backseat on exposure and remain silent and private, properly poised behind our white coats.

This, of course, is changing, most recently exemplified in a NEJM article, in which my colleagues, Drs. Silver and Shillcutt, point to successful advances in gender equity, using social media as a resource. 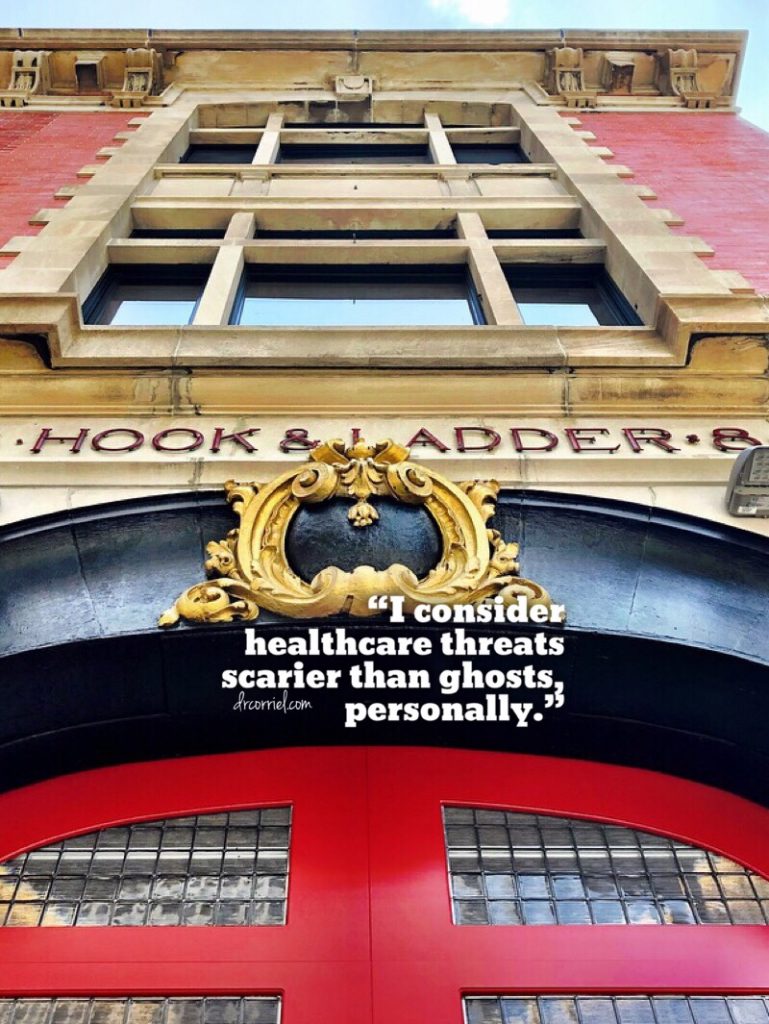 The other source of pushback are patients themselves, who view physicians airing healthcare grievances online as “rich whiners.”

“No one wants to hear successful whiners complain,” they say.

*Allows several seconds for the physicians among you to gasp as you realize that this, indeed, is what some readers think*

But aren’t they exactly who you’d want advocating for you – those on the front line?

Which brings me to

a rule or principle that is unfairly applied in different ways to different people or groups. 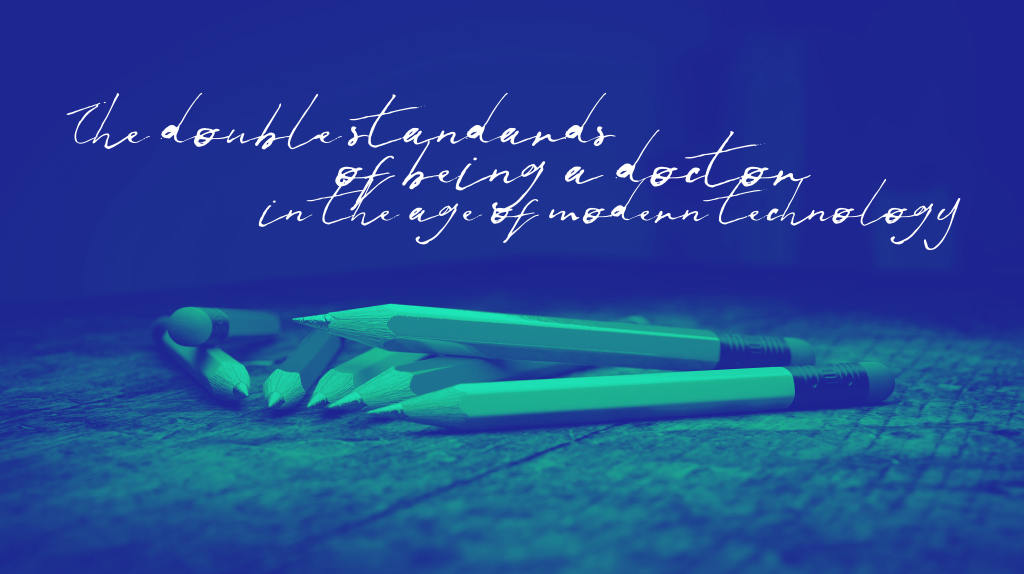 Feel free to comment on them, as I raise the points to simply start a discussion.

Will the double standards ever end?

I imagine, at the least, that the gap will narrow, as more doctors use social media.

I imagine physicians will use it to routinely get their messages across.

We can certainly get there faster, by curbing judgement and embracing the fact that pseudoscience does exist.

It’s probably fairly obvious that not everything you read on the internet is to be believed; that all written word is to be taken with a grain of salt. But I’ll start at saying it here, and let this commentary serve as the spark for a very necessary conversation, years in the making. It’s a conversation that I hope will not only end the double standards, but also welcome our inclusion in online exchanges. 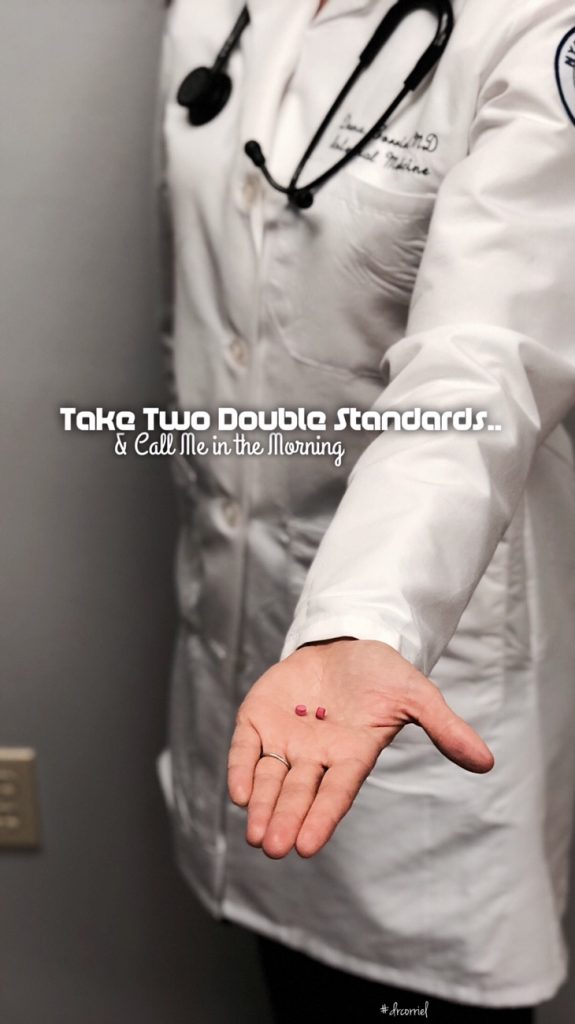