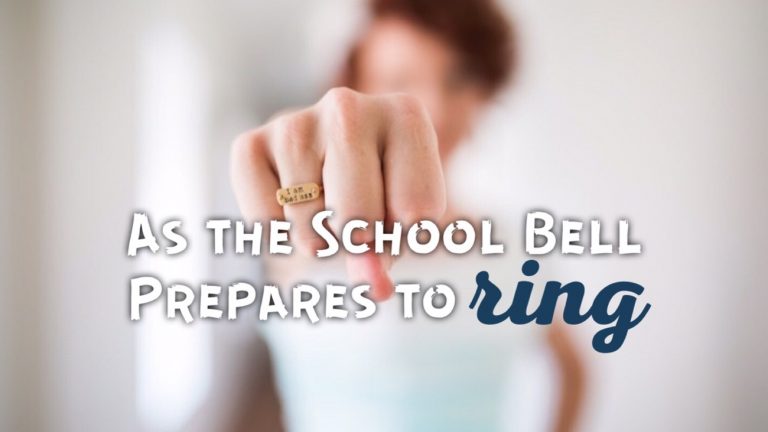 Before we dive into the how-to’s of the popular topic we all seek – balancing work and life – I’d like to share a short story with you about a working mother I know.

On a typical early morning – a day like today, or even yesterday – this Mom that I mentioned woke up, feeling more exhausted than she had when dozing off the night – if 8 PM is considered night, that is – before. It had been a terrible one, her night, as they all seemed to be, of late, and not only because of the usual insomnia issues that she struggled with, but also because of that wee-hour-oops-the-bed-is-wet awakening from the room next door to hers, from which no one can ever, honestly, recover.

This morning, a ton of bricks weighed down on her shoulders, and the toothpicks she had placed in her eyes- you know, the kind that keep them wide open, like in those cartoons the children watched- didn’t work (please don’t actually try this at home, it’s merely an attempt at satire). Despite these minor setbacks on that particularly typical morning, she managed to get out of bed- and not because the alarm clock went off but because she was awakened by the deafening screams of the children, who, engaged in a pivotal argument, succeeded to set off their home alarm. It was true it had been deactivated earlier that very day, but this only served as a testament to the level of loud they were able to achieve- that even the off switch couldn’t bear it and turned itself on in response. As she scampered to get on her work clothes, she felt her blood pressure rise, and knew it was futile to glance at the digits marking the time- her day was already marked for tardiness.

The school bell would ring shortly- the first one, the one that forgave, giving parents like her a chance- and her children would still be missing from their assigned seats in homeroom. And basically, their absence was on her- everything seemed to be, by nature of the relationship- their being minors, her the adult. But despite the self-reprimanding she took a moment to engage in, she couldn’t get herself together to make it there on time. Ever. No matter how hard she tried. The principal once joked with her that she couldn’t even make delayed openings on time, on snow days. Life with children did this- days became squeezed down, and she needed more than the 24 hours allotted.

She splashed on her coat of makeup, Picasso-style: uneven, unflattering, and yet good enough for this particularly rushed day. As she ran down the stairs, narrowly avoiding a close call, and then actually slipping down a few of them, she held back the cry-muffling it with all her might- that stemmed from her likely broken toe (what was the point in getting that XRayed, anyway?), and yelled for the kids to line up. She had pictured them in freshly laundered, ironed uniforms, standing perfectly, one behind the other. Even Annie’s Miss Hannigan would have beamed at this mirage.

Life with children did this to her- days became squeezed down, and she needed more than the 24 hours allotted.

But it had all been a vision, and pleasant while it lasted. They weren’t lined up.

They had not even started their breakfast. Their morning breath, in fact, hadn’t yet acquainted itself with the tip of the toothbrush. She smelled one of them from across the room and at once wondered how their tiny bodies produced such stench. Or was it their shoes? Oh, the horror.

Her anxiety heightened. The second bell was about to ring.

Their morning breath hadn’t yet acquainted itself with the tip of the toothbrush.

As she entered the room in which they sat/lounged/hid, in place of a morning’s rosy grin, she was greeted with each of their morning-time complaints. One hadn’t finished a section of his homework and was scrambling to get it done. The other had taken his pants off and was prancing around in Captain America underpants, for reasons that remain unclear. The third just needed to whine, even if just to join in on the fun. She held her head momentarily, as the pain from last night’s sleeplessness- or was it from the fall down the stairs- knocked on her skull, reminding her of its presence there, and she pictured how perfect a cup of Jo- or even just a sip- would taste this very moment. Or a newspaper. Or the sand on a beach.

Ah, but the kids needed to be in school. So she snapped out of it and grabbed her purse, yelling for the children to pack into the car. Even if their current states weren’t in fact school-ready, it sufficed for the momentary need. Minutes later, as she dodged oncoming traffic, she realized that, in her haste, she had forgotten to pack the kids lunch. On arrival, they were tardy- but had arrived nonetheless, and relatively unscathed- a fact that earned extra points in her mind.

She thought things had come to a closure, and as she prepared for a prompt departure from the lot, her little one decided otherwise and refused to leave the car. He had developed an attachment of late, manifesting in severe separation anxiety, and had to be physically pried. She flexed her muscles and pulled him out, screaming, and in doing this, earned a starring role on a fellow mom’s video- shot straight onto her phone. Evidence for later use in court, apparently. She pushed aside her desire to flash her videographer the bird, knowing there just wan’t time.

On arrival, they were tardy- but had arrived nonetheless, and relatively unscathed- a fact that earned extra points in her mind.

The principal held on to her little one, and she pulled the gear into ‘drive’, speeding away. As exhilaration set in on her body, she threw back her head, preparing to release her appropriately pent-up maniacal laughter.

But she stopped instead, frozen in dread, as the reality of her day set in. The morning wasn’t actually over; in fact, it had only just begun. One little fact had escaped from somewhere beneath her skull, and it now bounced back into her awareness, and with oomph.

Work. She had to still go to work!

I confess- that this ‘mother’ I know is really me. Ok, so I may not be the most stellar of moms, but I know that I’m opening up and being real. I struggle with similar issues as other mothers around me- from morning routines, to after school activities, to getting medical and dental visits in, to keeping my children alive. I take my boys to their 30 weekly activities, arrange their playdates, and it’s still never good enough.

But here’s the silver lining- I think that type of thinking- the “never good enough” mentality- is created by us. We have guilt that we adopt, from the moment we become parents. We need to change that mentality. Today. Like most of the mothers around me, I’ve managed to juggle work with the rest of my life, and somehow, I even make it all work.

As the School Bell Prepares to Ring: A Day of Juggling the Work-Life Balance