Your Doctor May Need a Tip With That Prescription 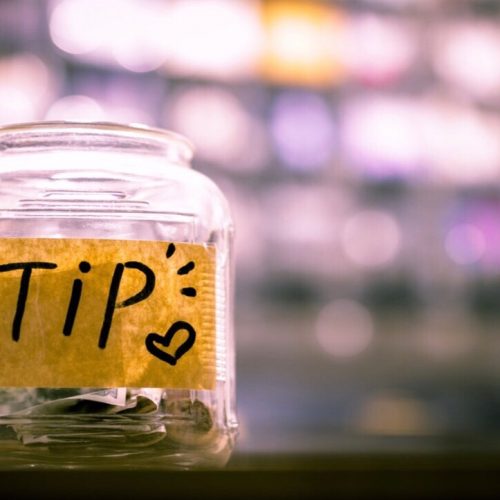 Fifteen years ago, I earned two little initials, nestled perfectly in the space that followed my name. Dana Corriel, MD. If you asked me on the day of my graduation what those little suckers stood for, I’d almost certainly look up, and, beaming, tell you what that was. In fact, anyone that asked got the answer. Sometimes even those who didn’t. I had finally become a Medical Doctor.

But over the years, I felt the letters fade away. They were still physically there. They always tagged along. But they started taking on new meaning, their shine faded away by years of changing healthcare. And today, I’m beginning to think I was duped, when I got handed the pair. Because MD’s have become the Message Deliverymen and women of the medical space.

I initially took on my degree with the intent of serving patients. As I got to know them, they became my second family. In fact, internal medicine specifically appealed to me because of that very fact – I was building long-term relationships, and consequently making more optimal, impactful decisions, specific to my ‘family’ members’ needs.

But as time passed on, I felt less decision-maker, more messenger, delivering someone else’s news. The decisions were not always completely mine, but part of algorithms dictated by third party payers, the ones who usually got to decide, simply because they controlled the purse strings of the interaction. As insurance regulations evolved, steps became more regulated, more tedious.

It was no longer simple to order a medication. Or to order a lab test, or imaging study. It wasn’t that patients no longer needed them . They truly did and I knew it for a fact, because I was board-certified! And then board-re-certified! Doctors like me worked hard to keep up with credentials, but it truly didn’t matter, because the insurance companies didn’t care. To my horror, it became irrelevant what the board-certified professional – the one with those two letters behind her name – wanted to do next, because it simply didn’t fit in with the rules that they created, when they met regularly to discuss their finances. 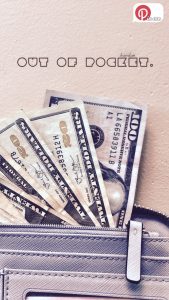 It soon became part of every day practice to give in to what these giants dictated care should be. And as time passed, unless patients paid out of pocket for everything their doctor ordered – a near impossibility – their life, quite literally, rolled into the insurance carrier’s hands.

Unfortunately for us all, those hands are not of the caressing type, and instead work against the bonds I worked so hard to create – distancing my patient from me. Instead of aiding in healthcare delivery, they’re abetting in diagnosis delays.

Just the other day, a case made national news in which an insurance denial of a necessary medication led to the unfortunate death of a young adult, and ended in the suit of the prescriber and pharmacy. The claim wasn’t that an incorrect diagnosis was made. Nor that an incorrect medicine had been prescribed. The practitioner, in fact, got it right on both counts! What happened was that the insurance denied coverage of the medication prescribed, followed by failure to properly complete the tedious process of prior-authorization, a common hurdle that serves a benefit to no one other than the insurance company itself.

Why is it that the insurance company, at the root of the problem itself, always comes out squeaky clean, while those of us scrambling around, trying to clean up the mess of that denial, get all the blame?

Why is it that the #insurance company, at the root of the #problem itself, always comes out squeaky clean, while the #doctors that scramble around, trying to clean up the mess of that denial, get all the blame? Click To Tweet

I write this not only for my own patients, but for patients everywhere. For my own family. For my friends. For everyone who doesn’t know that this is happening, so that they better understand where doctors come from, when they sound like they whine.

Allow me to clarify the hurdle now, with a real life example.

You have a big leak in the pipe leading into your house. Literally, there’s a hole in the pipe, that you can see. And there exists a plug that can fix it, simply by being popped in. But the plug costs a lot of money. Your landlord refuses to fix the pipe the right way, and tells you to use some gum instead, squeezed into the hole, for the next 4-6 weeks. Let’s do this conservatively, he says. He also asks you to use your water less. Just don’t drink coffee or tea. And don’t wash the dishes. Or your body.

After those 4-6 weeks are up, your landlord still doesn’t think it’s time to buy the plug, because there are other, cheaper methods to solve the leak. Or so he thinks. So he recommends you wrap the pipe with some tape, or water resistant bandage, and tie it into place. And call him in another 4 weeks.

When that doesn’t work, he wants you to pick up the phone and, clicking through an automated service, set up a time to speak with his assistant, Peter, so that Peter can authorize purchase of the plug. Peter isn’t really a homeowner. Or a landlord. He’s the neighbor from three streets over, who works at the deli in town. When you speak with Peter, he asks questions like, “When did you first move into the house?” and “What did you have last night for dinner?” Nothing seems relevant, and there seems to be no end in sight. You wonder whether the time spent answering silly questions could be better spent fixing a wobbly drawer in the kitchen you’re standing in, instead, but know better about complaining because you’re now in caffeine withdrawal, your body covered in seven layers of filth. 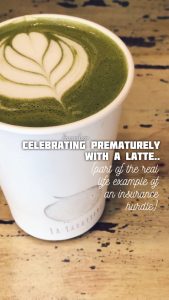 But alas, the end is upon you, as Peter finally approves your pipe request. You prepare to celebrate, inviting over some friends for lattes, only to find that, in the time that passed, the hole in the pipe has expanded and worsened, and you’re no longer able to plug it with the original plug that your landlord has finally approved.

You heard it right.

I’ve had countless of instances where I wanted a particular treatment but insurance dictated that other methods be applied.  Frustrated, I watched the patient suffer. Or other times when a test should be ordered. But insurance says no. And despite my reasoning, the person on the other end of the line refuses to relent, and give in to my pleads. Head hung low, I deliver these messages to my patients. Again and again. Until I no longer even need to ask. Because I know their rules. I know the hurdles that need to be passed.

So to all patients everywhere, I say this. The next time you see your doctor and they hand you their medical decision, don’t be so certain it’s theirs. They may simply be delivering a message, so don’t forget to leave them a tip!

For your pinning consideration: 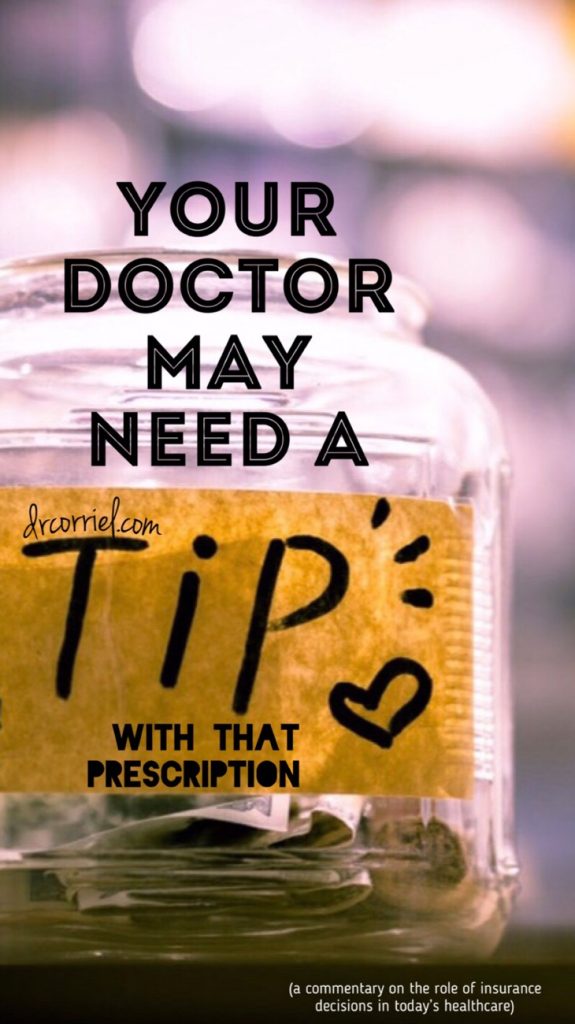